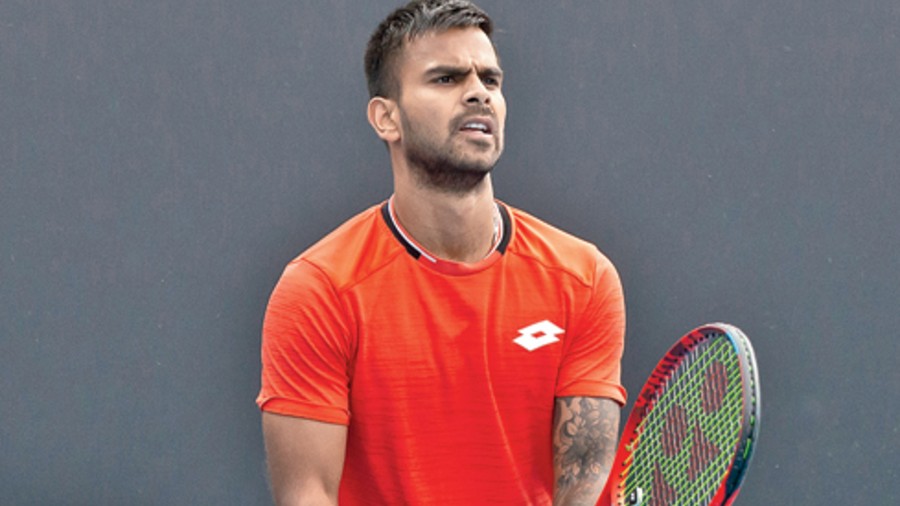 Indian tennis player Sumit Nagal will face Uzbekistan's Denis Istomin in the opening round of the men's singles event at the Tokyo Olympics, starting in Tokyo on Friday. Nagal, who qualified for the Games last week after large-scale withdrawals, was pitted against the lower-ranked Uzbek in the draw on Thursday.

A first-round win for the 23-year-old Indian, ranked 160, could see him face second-seeded Russia's Daniil Medvedev, who takes on Alexander Bublik in his opening round match.

In women's doubles, six-time Grand Slam champion Sania Mirza and Ankita Raina will lock horns with the Kichenok twins -- Nadiia and Lyudmyla -- of Ukraine in the opening round.

Interestingly, Mirza had paired up with Nadiia after returning from her maternity leave to win the Hobart Open last year.

How Nagal made the Olympics cut

Nagal on Friday made the cut for the men's singles event of the Tokyo Olympics as large-scale withdrawals pushed him inside the qualification mark and the Indian tennis player is now hoping that competing at the biggest stage will settle a "few things" that are bothering him in his career.  Nagal was ranked 144 on June 14, when ATP rankings were to be considered for direct entries but consistent withdrawals helped him.

"I knew it (cut-off) was gonna drop. Things are different this year, compared to any other Olympics. Nonetheless, I feel very happy. I am getting a chance to represent the country. I can't complain much about it," Nagal said from Germany.

The 23-year-old Nagal will enter the Olympics with some disappointing results this season as he has suffered seven first round defeat on the Circuit, including at the Australian Open. In six Challenger events, he made the quarterfinals only thrice. His best performance has been making the quarterfinals of the ATP 250 event in Buenos Aires in March. His ranking has dropped to 154 after beginning the year at 137.

"To be honest, I have been struggling with a few things, I am not going to name it. Getting into Olympics will hopefully change things in my career. It's going to be amazing experience. I will give my 100 per cent on the court," he said.