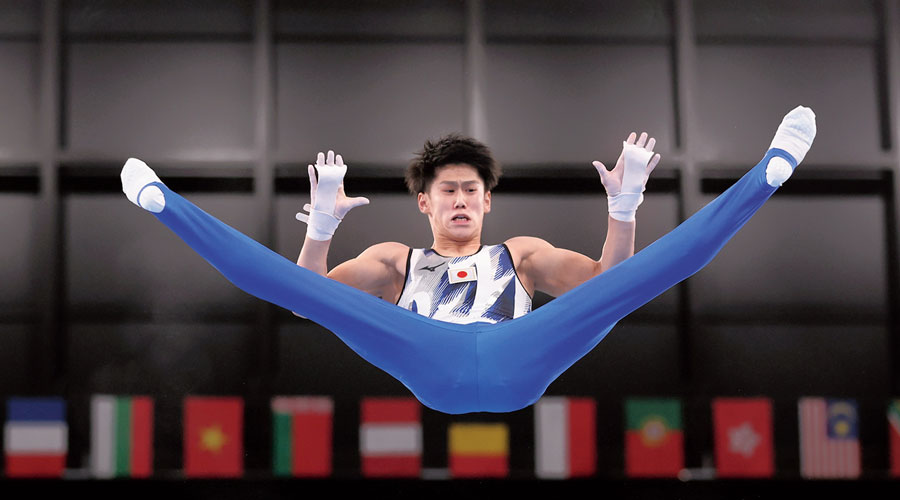 Simone Biles made a fearless return to competition on Tuesday, capping a tumultuous Tokyo Games with a bronze medal on the balance beam.

The final gold of the women’s artistic gymnastics programme would go to China’s Guan Chenchen with a score of 14.633 and the silver to her compatriot Tang Xijing but it was Biles who grabbed the spotlight for her courageous comeback.

“I was proud of myself just to go out there after what I’ve been through,” said Biles, who arrived in Tokyo having already won four golds and a bronze in Rio five years ago.

“This one is definitely sweeter. I’ll treasure this one a lot more after everything I have been through.”

Biles, three times a world champion on the beam, finished with bronze but it was considered a victory after a dramatic Tokyo Games in which she abruptly dropped out of the team competition last Tuesday, citing mental health issues.

Biles explained later she was dealing with the “twisties” — a type of mental block where gymnasts are disoriented during their gravity-defying sequences.

If there was any lingering apprehension or pressure, it did not show as Biles entered the arena for her final shot at a medal. With billions of viewers transfixed on Biles as she mounted the 10cm wide apparatus, she did not waver as she began to showcase a number of complex skills with a triple spin in the squat position.

But as she prepared to get ready for her dismount, everyone held their breath willing the American to make a safe landing.

What she did pull off was a double-piked somersault dismount — and when she landed that safely, roars could be heard in the arena, in Tokyo and probably the rest of the world.

The bronze was the second medal Biles picked up in Tokyo, to go along with the silver she shared in the team event.

Japan’s all-around champion Daiki Hashimoto ended on a golden note to close off the gymnastics programme with a victory on the horizontal bar.

Performing on the horizontal bar in a now near-empty arena, Hashimoto finished his high-flying display in breathtaking style to earn a winning score of 15.066.

After picking up two gold medals and a silver in Tokyo, many are now tipping him to follow in the golden footsteps of Kohei Uchimura, who ruled the all-around competition for two complete Olympic cycles, winning back-to-back gold medals at the 2012 London and 2016 Rio Games.

Marco Asensio struck in an extra-time winner as Spain ended Japan’s hopes of Olympic gold in men’s football with a 1-0 victory, setting up a clash with Brazil in Saturday’s final.

Defending champions Brazil also had to struggle to make the final, beating Mexico 4-1 on penalties after the game ended goalless after extra-time.

In a series of near-perfect twists, rolls, tucks and pointed toes, China’s Xie Siyi claimed yet another men’s 3m springboard Olympic gold medal for his country. With this, Xie becomes the first male diver in 20 years to win individual and synchronised 3m springboard at the same Games.