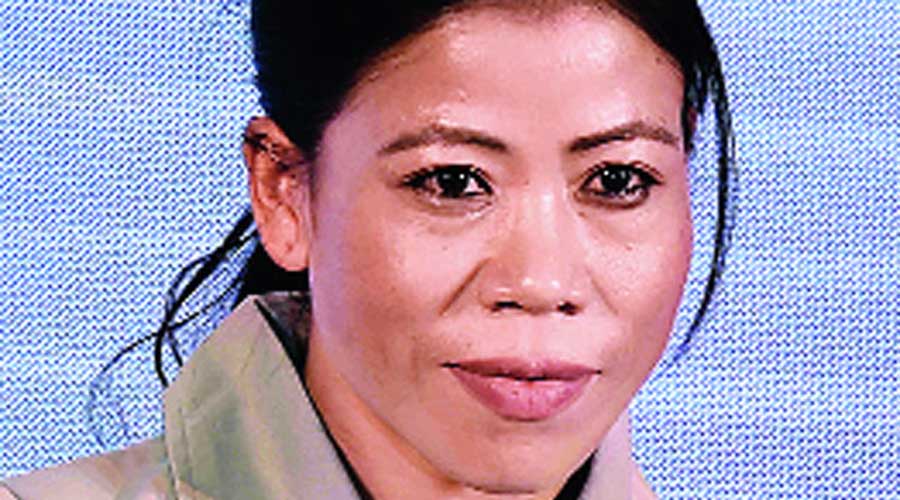 Six-time world champion MC Mary Kom has decided to join the rest of India's Olympic-bound boxing team in Italy for training to avoid the added restrictions on those travelling to Tokyo from here amid the Covid-19 pandemic.

Mary Kom will take off for Assisi in a day or two to join the eight other Olympic-bound boxers, who are set to leave for Tokyo from there itself.

The London Olympics bronze-medallist was training at Pune's Army Sports Institute so far for the Games starting July 23.

“I have changed my plans. I have returned to Delhi and will leave for Italy may be tomorrow or day after. There are stricter quarantine restrictions on those who are travelling from India. I want to avoid them,” the 38-year-old Mary Kom told PTI.

"After training so hard for so long, no point in taking such a risk as a hard quarantine can break the rhythm," she said.

She would be accompanied by her personal coach Chhote Lal Yadav and a physio.

The Indian athletes and officials have been asked by the Japanese government to undergo daily Covid-19 tests for a week prior to their departure to Tokyo and not interact with anyone from another country for three days upon arrival.

The stricter rules which have been framed for 10 other countries apart from India will, however, not apply on those who will be landing in Tokyo from training bases like Italy.

The Indian boxing contingent, which went to Assisi early this month, was earlier expected to return to India on July 10 and then leave for Tokyo a week before the start of the Games.

The Indian Olympic Association (IOA) has asked the Tokyo Games Organising Committee to allow relaxations in the Covid-19 testing protocols, citing the logistical hassle it would cause for the athletes and officials before their departures.

The Japanese authorities have refused to reduce the number of required pre-departure tests but have given some relaxations in the medical updates that the athletes have to fill online.

"The protocols are obviously tough given the circumstances and you don't want additional stuff to deal with while trying to focus on your performance," Mary Kom said.

An unprecedented nine Indian boxers — five men and four women — have qualified for the Tokyo Olympics.