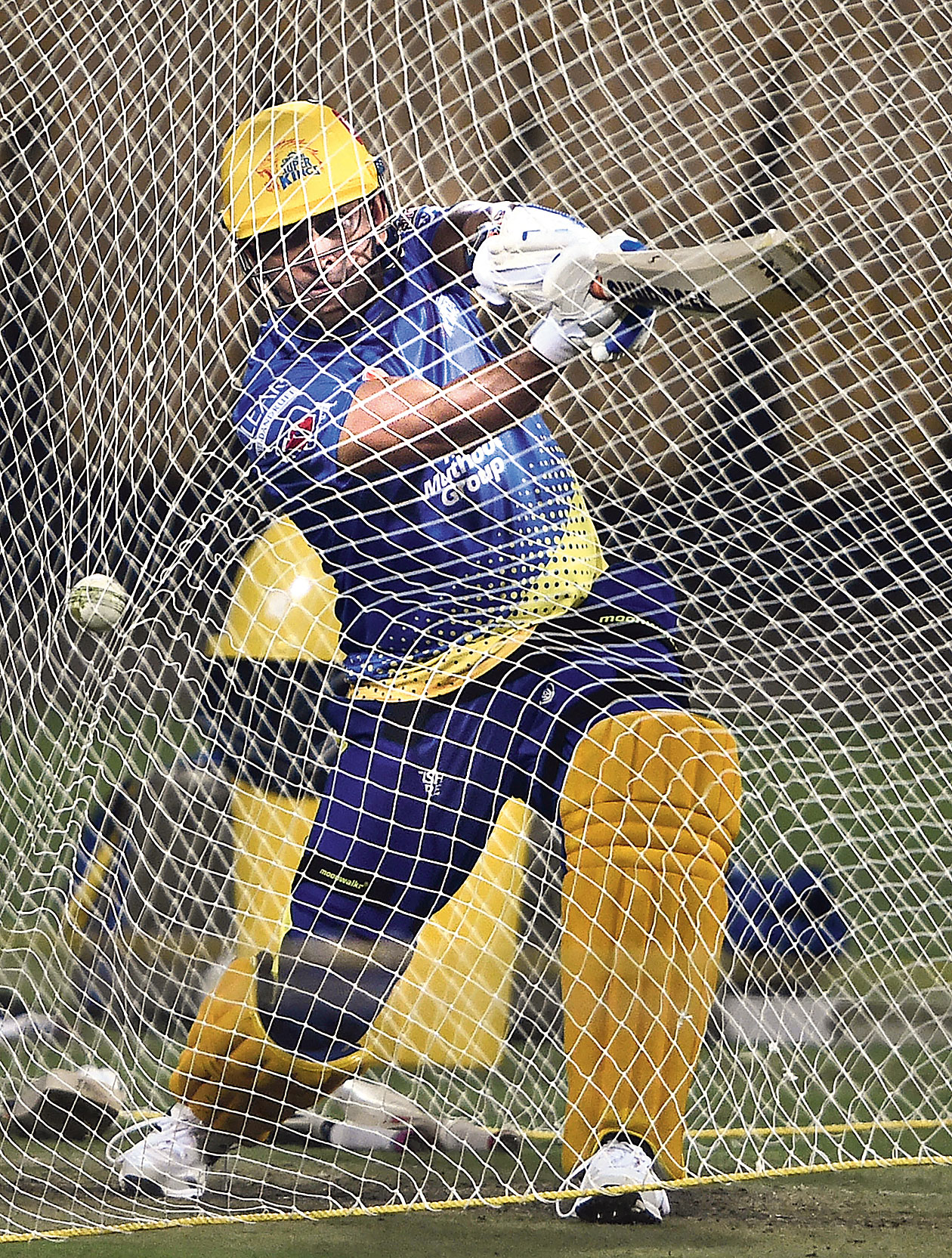 Gearing up for a return to competitive cricket with the IPL, Chennai Super Kings captain Mahendra Singh Dhoni credited his franchise for making him a better player and helping him tackle some difficult situations both on and off the field.

Dhoni, who has been on a sabbatical since India’s semi-final exit from the ODI World Cup last year, on Monday received a rousing reception at the the MA Chidambaram Stadium here during his first training session with CSK ahead of the IPL, beginning March 29.

“...CSK has helped me improve in everything, whether it was being a human being or being a cricketer, handling situations that are tough both in and out of the field and how to be humble once you are doing well,” Dhoni was quoted as saying on a Star Sports show.

His ardent CSK fans fondly call him Thala, and the 38-year-old said the love and respect he has got from them is special.

“Thala basically means brother, so for me it’s more the abstract of the fans, the love and affection towards me is the reflection of that,” he said.

“Whenever I am in Chennai or down South they never call me by my name, they address me as Thala, and the moment someone calls me Thala’ they are showing their love and respect but at the same time he is a CSK fan.”

“It is tough to find rhythm initially but it can also be a huge advantage. When you are playing international cricket, the amount of pressure you are under, you sort of getting into a tunnel vision with regard to various responsibility and the needs of the team.

“So from a player perspective, if he has taken a break for 6-7 months, he has a good chance to rediscover, refresh and reinvent.”

There has been never-ending speculation on Dhoni’s career but the wicket-keeper batsman, who led India to two world titles, has maintained a stoic silence on what his next move would be. He was dropped from the BCCI’s list of centrally contracted players in January.

The former India skipper reached Chennai on Monday and got a warm welcome. Chennai Super Kings shared a video on their official Twitter handle.

“Every goose shall bump with First Day First Show feels! Just #StartTheWhistles! #HomeSweetDen,” CSK captioned the video. The 59-second-long video shows Dhoni leaving the airport terminal in the company of security officials. The video also shows Dhoni entering a hotel after shaking hands with the guard.