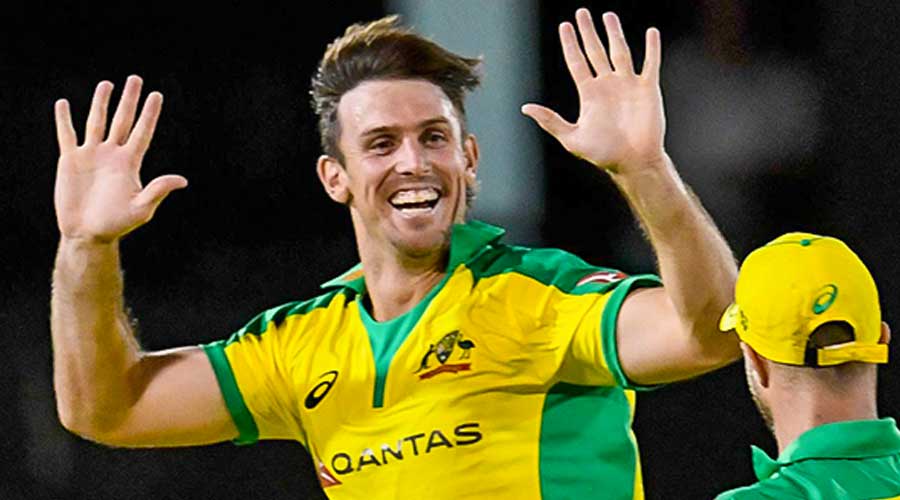 Player of the Final Mitch Marsh’s success in the T20 World Cup has brought him into reckoning for the Ashes, which begins next month. So believes former captain Mark Taylor.

After years of being Australian cricket’s whipping boy, Marsh delivered on the biggest stage with a match-winning unbeaten 77 off 50 deliveries.

A combination of injuries and poor form has resulted in the 30-year-old having a stop-start international career, but Taylor believes his play in the last 12 months could be a sign of him being a late bloomer.

“What you might see from Mitch Marsh is now he’s 31 (sic), he’s matured and you might see a bit of a late bloomer,” Taylor told 2GB’s Wide World of Sports Radio in Australia.

“Everyone assumed 10 years ago that Mitch Marsh would come into the side having captained our Under-19s side about 12 years ago and become a fixture ... and he hasn’t nailed it down.

“There’s still an opportunity for him to do that. I have no doubt that on the back of his performance last (Sunday) night and the way that he’s maturing all the time, that maybe his Test days aren’t over.

“We’ve talked about who might bat No.5 for Australia in a couple of weeks’ time, I’ll bet you the selectors are sitting down and talking about Usman Khawaja and Travis Head, but Mitch Marsh is back in the equation.”

Marsh, who scored 185 runs at an average of over 61 in six matches in the UAE, said it was the selectors’ decision to put him at No. 3 in the batting order that paid off in the end.

“The coaching staff came up to me in the West Indies six months ago and said I was going to bat three for this tournament and series — and I absolutely jumped at the idea of that,” Marsh said on Sunday.

“I’d done a little bit for the (Perth) Scorchers back home, but I’ve obviously got all the staff and everyone involved in the Australian set-up (to thank) for backing me and getting me up the top there.

“I just love playing my role for this team. I feel like a lot of people say this, but I don’t really have words right now. What an amazing six weeks with this group of men — I absolutely love them to death and we’re world champions.”