The mystery spinner, who plays for KKR in the IPL, hasn't played international cricket since August 2019 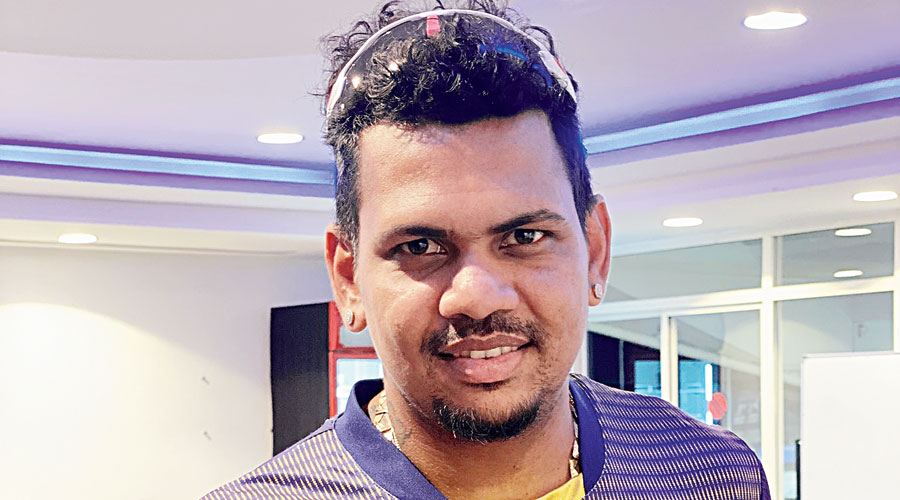 Sunil Narine has shown some sublime form in the ongoing Indian Premier League (IPL) with the Kolkata Knight Riders (KKR). But that isn't reason enough for the West Indies selectors to include him in the squad for the T20 World Cup.

Even as the International Cricket Council's (ICC) deadline to make changes in the squad ends on October 15, Windies captain Kieron Pollard isn't losing sleep over not having Narine in the squad.

"If I add my two cents or my words on how his non-inclusion came about, then it could be spun - just like how he's bowling on these Sharjah wickets - in all different directions," Pollard told ESPNCricinfo.

"Let's deal with the fifteen guys that we have here at this moment in time, which is more important, and see if we can rally around these guys and see if we can defend our title. I have no comments on that. Enough has been said on that. I think persons have explained the reason of his non-inclusion at this point in time. For me personally, I know Sunil Narine as a friend first, before an international cricketer. We grew up playing cricket together. He is a world-class cricketer," he added.

The 33-year-old reminded the fans of his vintage past with his four-wicket haul and impact batting in the eliminator against Royal Challengers Bangalore (RCB) on Monday.

He has taken 11 wickets in eight IPL matches since the league's resumption in the UAE. He went wicket-less against the Rajasthan Royals and Sunrisers Hyderabad and in an earlier match against RCB but took three wickets in the team's two-wicket defeat to Chennai Super Kings.

However, he has not played any international cricket since August 2019, forcing defending champions West Indies to ignore him while announcing their World Cup squad on grounds of fitness.

The ICC deadline to make changes in the squad ends on Friday.

Pollard though was keen to have fast bowling all-rounder Andre Russell in their squad. The burly cricketer, not part of the WI squad, has not played any IPL game since September 26 due to an injury.

Nothing can be said about Russell until he joins the West Indies camp.

"Before I make any assumptions as to what he can or he can't do, we need to do our assessment first as a team," Pollard said.

"We haven't had the opportunity to see him. We've gotten reports as to what he has done. I wouldn't want to get into trying to say what he can or can't do at this point in time.