With two wins from three matches, the debutants join Sri Lanka in Super 12 stage from Group A while Ireland are eliminated, just like Netherlands 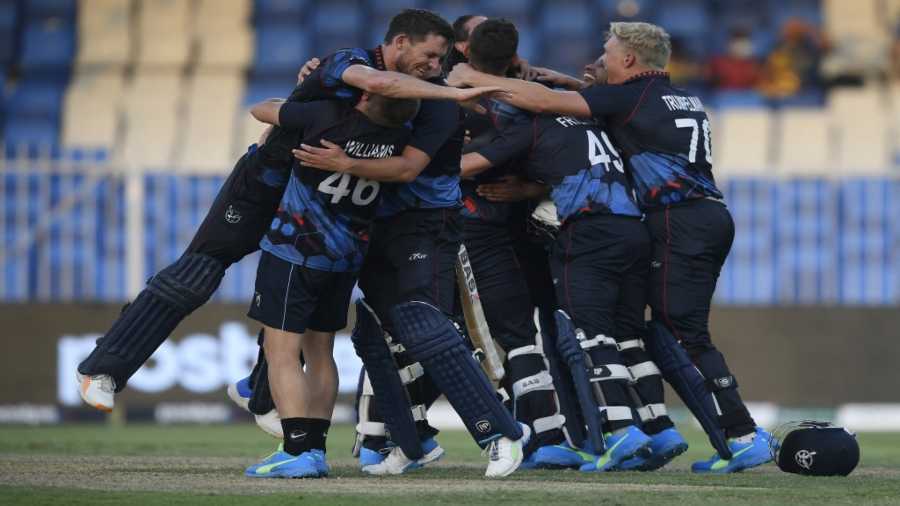 Debutants Namibia beat Ireland by eight wickets in their final match of the first round to enter the Super 12s of the T20 World Cup on Friday.

With two wins from three matches, Namibia join Sri Lanka in Super 12 stage from Group A while Ireland are eliminated, just like Netherlands.

Gerhard Erasmus top-scored for Namibia with a 49-ball 53 not out while David Wiese contributed 28 not out as they chased down the target of 126 with nine balls to spare.

Earlier, Namibian bowlers made a strong comeback after Ireland made a brisk start to restrict them to a modest 125 for 8.

For Ireland, Paul Stirling top-scored with a 24-ball 38 and shared 62 runs off just 44 balls with Kevin O'Brien (25) for the opening stand.

Jan Frylinck (3/21) was the pick of the bowlers for Namibia, while Wiese (2/22) also snared two wickets.