T20 World Cup: England have edge but Australia no pushovers

I think it’s probably going to be one of our most difficult games in this group stage: Morgan 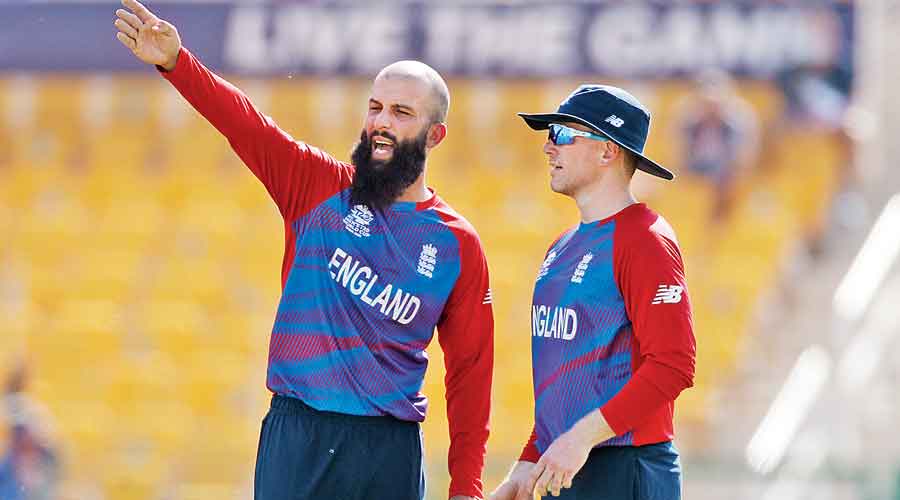 The Ashes is still some days away, but expect to get a feel of what is in store a month-and-a-half from now when warring rivals Australia and England clash in a T20 World Cup match in Dubai on Saturday.

The stage couldn’t have been set better with both the powerhouses being unbeaten in the tournament so far. While England, the ODI world champions, are among the favourites to lift the trophy in this T20 mega event, Australia have thrown in the hat in the ring as one of the strongest contenders.

England, with a better team composition, have the edge, though a narrow one. To England’s credit, they have won both their matches so

far — against the West Indies and Bangladesh — convincingly. The same cannot be said about the Aussies. Aaron Finch’s team completed a clinical chase against Sri Lanka on Thursday, but had struggled in their first game, a low-scoring one, to overcome South Africa.

It was Australia’s batting which had looked wobbly against the Proteas, but they can draw confidence from the fact that the opening pair of Finch and David Warner got some much-needed runs in the Lanka match. Warner’s return to form is certainly a huge load off the Aussies’ back. However, the top opener will face a tough test against the in-form Englishmen.

England’s bowling has been very impressive, with captain Eoin Morgan opting to start with Moeen Ali’s off-spin in both their games so far. Left-arm pacer Tymal Mills has also put in decent performances.

Australia have a strong bowling unit as well. The pace trio of Josh Hazlewood, Mitchell Starc and Pat Cummins have been disciplined while Adam Zampa foxed batsmen well with his leg-spin.

Morgan is aware that the Aussies would not give up easily. “I think it’s probably going to be one of our most difficult games in this group stage. Australia are a very strong side. They’ve got two out of two, very much like us,” Morgan said on the eve of the match.