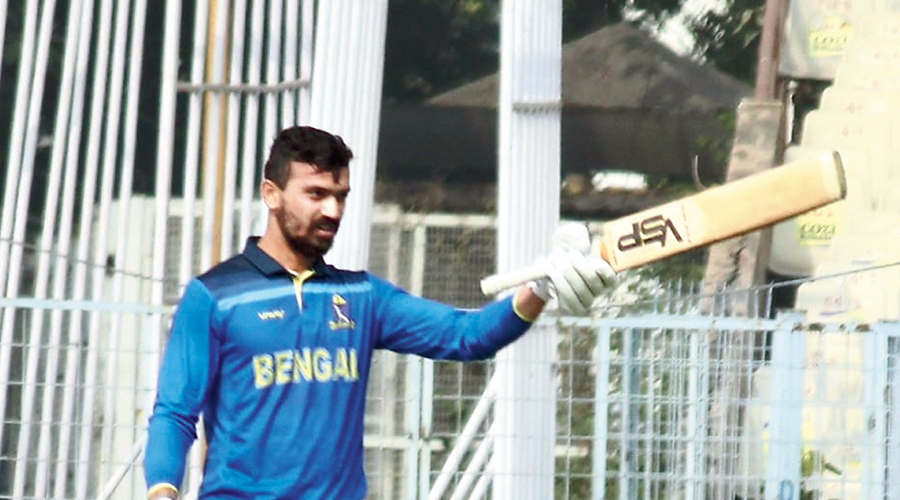 Vivek Singh followed up his unbeaten 54 versus Odisha with a 100 not out, laying the foundation for Bengal’s second straight victory in the Syed Mushtaq Ali T20 Trophy, at Eden Gardens on Tuesday.

In spite of the opener’s superb batting, Bengal could manage only 161 for the loss of six wickets as the rest of the batsmen couldn’t quite perform. In fact, the second highest scorer after Vivek was his opening partner Sreevats Goswami, who managed 27.

For Jharkhand, Monu Kumar did a fair job with the ball, striking thrice.

However, Bengal bowlers once again ensured they made few mistakes as Jharkhand were never at ease during their run chase. Captain Ishan Kishan (22) again failed to get going, falling to Arnab Nandi. Writtick Chatterjee then struck twice in the middle overs, before Ishan sealed it for Bengal at the death.

“Our preparations have been so good that we haven’t really had too much problems in these two matches so far,” Vivek told The Telegraph.

Head coach Arun Lal’s motivating words have been a catalyst for Vivek, he emphasised. “Practising under VVS Laxman’s supervision was very helpful. But Arun Sir told me, ‘If you try and remain unbeaten, we’ll hardly lose any matches.’ Those words are at the back of my mind and keep egging me to do even better.”