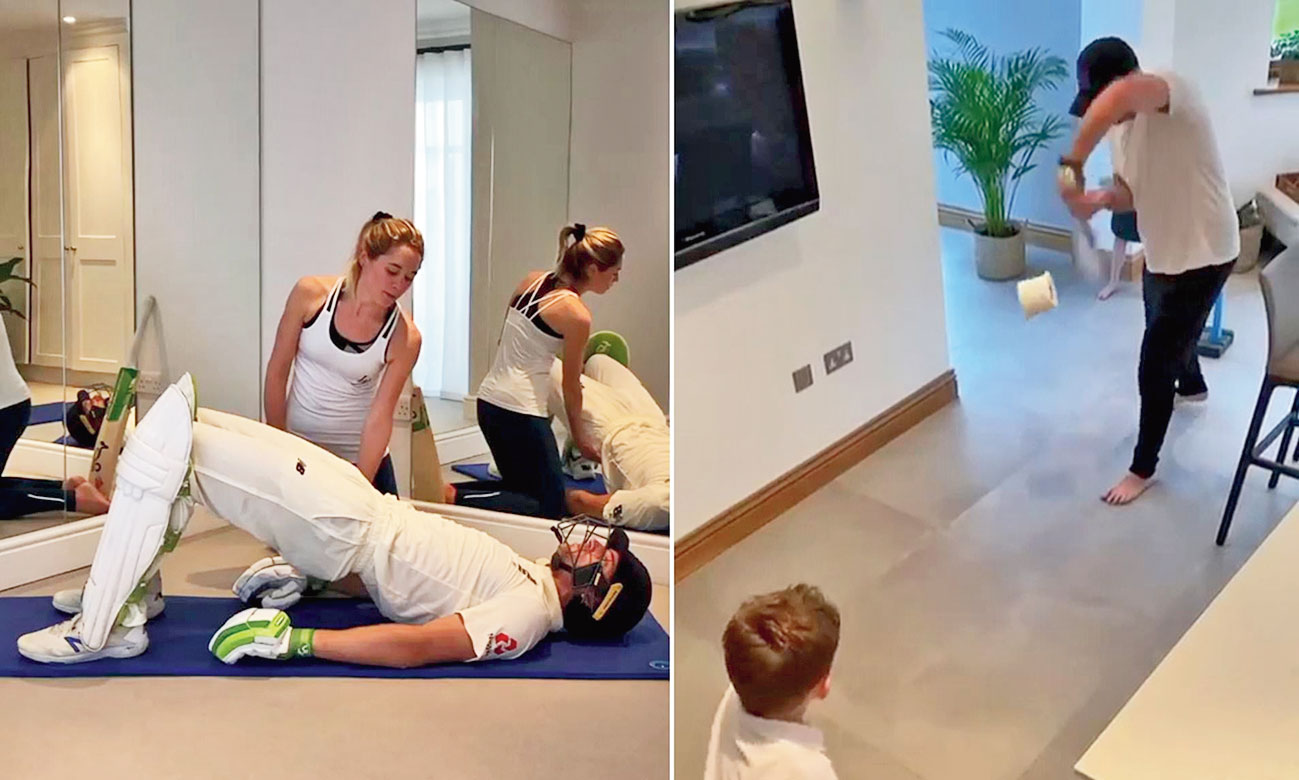 The sound of leather on willow will not be heard for the next couple of months at the very least following the agonising decision of the England and Wales Cricket Board to delay the start of the season, with next year’s Wisden Cricketers’ Almanack most likely to record, “Corona stops play”.

Normally at this time of the year the smell of cut grass hangs in the air along with a sense of anticipation but the ECB board has announced that “no professional cricket will be played in England and Wales before May 28”.

What effect this will have on the national psyche — not being able to turn to the sports pages and look up the stats and whether so and so, 99 overnight, got to his century, for example — is hard to predict.

The ECB tried to strike an optimistic note by adding: “Work has begun on possible revised schedules to begin in June, July or August.”

But The Cricketer, the well informed monthly magazine for lovers of the game, appeared to adopt a more realistic stance when it commented: “The UK government has already revealed that it expects measures to counter COVID-19 will take the best part of a year and, as such, there is absolutely no guarantee that the cricket season will take place at all. In effect, the May date given is a holding date.”

For an insight into the thinking of the cricketing establishment, The Telegraph turned to Wisden’s editor, Lawrence Booth, who travels the world and especially to India wearing his second hat as the Daily Mail’s cricket correspondent.

“The ECB’s decision to delay any cricket until May 28 at the earliest was sad but inevitable,” he said. “Now they have to sit and wait — with the very real possibility that there will be no cricket at all this summer. In peacetime years, that would be without precedent.”

He was referring to the suspension of county and Test cricket during the two world wars, when so many of England’s finest players went away to serve King and Country.

“The wartime Wisdens are full of poignant stories about cricketers who went abroad to fight for their countries, and never returned. They gave new meaning to the cliché about sporting heroes.”

“In terms of what Wisden will say next year, only time will tell!” added Booth. “We’ve not yet launched this year’s Almanack, but once that is out of the way we can start to get our heads round what Wisden 2021 looks like.

“During the wars, the Almanack focussed on school cricket — many of the ‘Cricketers of the Year’ were schoolboys. But the books were inevitably thinner and there was lots of speculation about what cricket would look like once play resumed.”

Alas, all schools have now closed and they will probably not reopen until well into the autumn.

If there is no cricket, it will be a disappointment for spectators in Yorkshire, where the Indian all-rounder, Ravichandran Ashwin, had signed up to play for Sir Geoffrey Boycott’s county this season, following in the footsteps of Sachin Tendulkar, Yuvraj Singh and Cheteshwar Pujara from past years.

The Indian women were also expected in England this summer — and these days they tend to do rather better than the men on overseas tours.

The ECB said that it had worked closely with the counties, the MCC and the Professional Cricketers’ Association “with the wellbeing of the cricket family the number one priority. A revised schedule would prioritise delivering as much international and domestic cricket as possible.

“The ECB has begun modelling a range of options to start the season in June, July or August — with an immediate focus on options for cricket in June, including the three-Test series against West Indies, the Vitality Blast and England Women’s schedule against India.”

The ECB’s CEO Tom Harrison, explained: “The decision to delay the start of the season has been essential, given the circumstances the nation faces.”

What is happening now does indeed recall the war years. The 1915 to 1918 English cricket seasons were all but wiped out by the First World War.

Many literally left the pitch in the middle of batting or bowling and never came back.

For example, Sergeant Colin Blythe joined the King’s Own Yorkshire Light Infantry at the outbreak of war in 1914. He was fighting with the 12th Battalion when he was killed by shell-fire near Passchendaele on November 8, 1917, at the age of 38. The slow left armer had taken two-and-a-half thousand wickets for his county and a hundred wickets in 19 Tests for England. He was a Wisden Cricketer of the Year in 1904. He is buried at Oxford Road Cemetery in Belgium and his shrapnel punctured wallet rests in the pavilion at Kent’s St Lawrence Ground in Canterbury.

The Second World War meant cancellation of the 1939–40 England tour of India. The season was almost over when war was declared on Sunday, September 3, 1939, and only ten first-class matches were cancelled. It was not until 1946 that first-class cricket could resume in England on a normal basis.

Lord’s and the Oval were requisitioned and modified for use as prisoner-of-war camps, but no prisoners were ever held at either ground.

H. S. Altham wrote in 1940 about a visit to Lord’s in December 1939 as “a sobering experience; there were sandbags everywhere and the Long Room was stripped bare with its treasures safely stored below ground”. Having painted a bleak picture, Altham ended on a note of defiance: “But the turf was a wondrous green, Old Father Time on the Grand Stand roof was gazing serenely at the nearest (barrage) balloon and one felt that somehow it would take more than totalitarian war to put an end to cricket.”

On social media, former England cricketer Ian Bell has posted a picture of himself at home cover driving a toilet roll for four.