Electing to bat first, Sri Lanka lost three quick wickets with only 54 on the board inside 11 overs before Chandimal and Dhananjaya stitched together a solid, brisk partnership for the fourth wicket 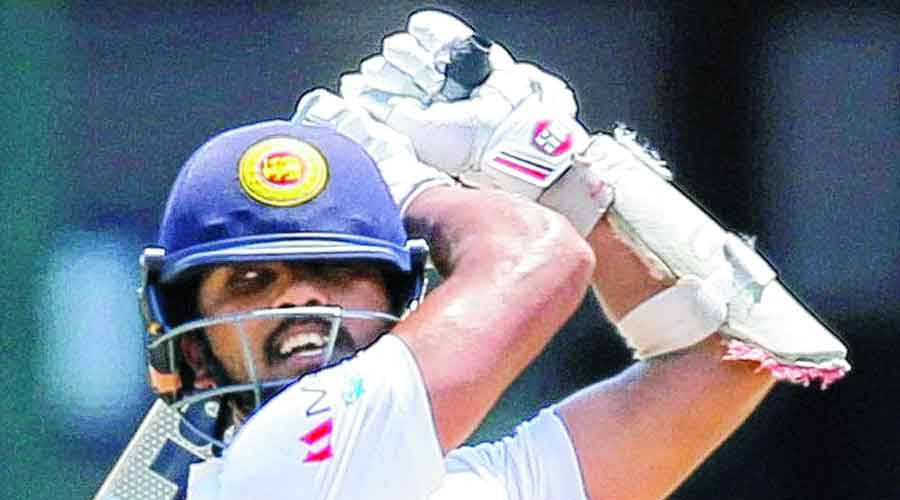 Sri Lanka rode half-centuries from former captain Dinesh Chandimal (85) and Dhananjaya de Silva (79 retired hurt) to be well placed at 340 for six on Day I of the first Test versus South Africa here at SuperSport Park.

Electing to bat first, Sri Lanka lost three quick wickets with only 54 on the board inside 11 overs before Chandimal and Dhananjaya stitched together a solid, brisk partnership for the fourth wicket.

Unfortunately for the visitors, Dhananjaya, who too like Chandimal looked good for a century, retired hurt. Hitting 11 fours and a six, Dhananjaya scored at a very impressive strike rate of 74.53.

Even after he left, Chandimal got fine support from wicketkeeper-batsman Niroshan Dickwella (49) and together, the duo put on 99 at a decent pace, putting South Africa bowlers under further pressure.

However, all-rounder Wiaan Mulder (3/68) gave the Proteas a bit of relief when he picked up both Chandimal and Dickwella quickly, while Lutho Sipamla, in his debut Test, cleaned up Wanindu Hasaranga to pick up one more wicket towards the end.

Throughout their first innings so far, Sri Lanka maintained a scoring rate of four-plus, which only reflects the decline in South Africa’s bowling standards as their quicks seem to be struggling even at home.

At stumps, Dasun Shanaka (25) and Kasun Rajitha (seven) were at the crease.

Earlier, before the start of play, South African players raised a fist to acknowledge the country’s struggle against apartheid but refrained from taking the knee associated with the Black Lives Matter movement.

Pressure has been mounting on the Proteas to show their support to the global BLM movement by taking a knee, but the players in a statement said that the raised fists have more historical context to the South Africans.

“The raised fist is a powerful gesture in our own history, as expressed in the iconic images of Nelson and Winnie Mandela on Mandela’s release from prison in 1990,” the statement read. “In this context, it was a powerful gesture of triumph, an acknowledgment of the struggle against apartheid, and a commitment to continuing to fight for equality, justice and freedom, while also honouring the religious and cultural responsibilities of every member of our team.”