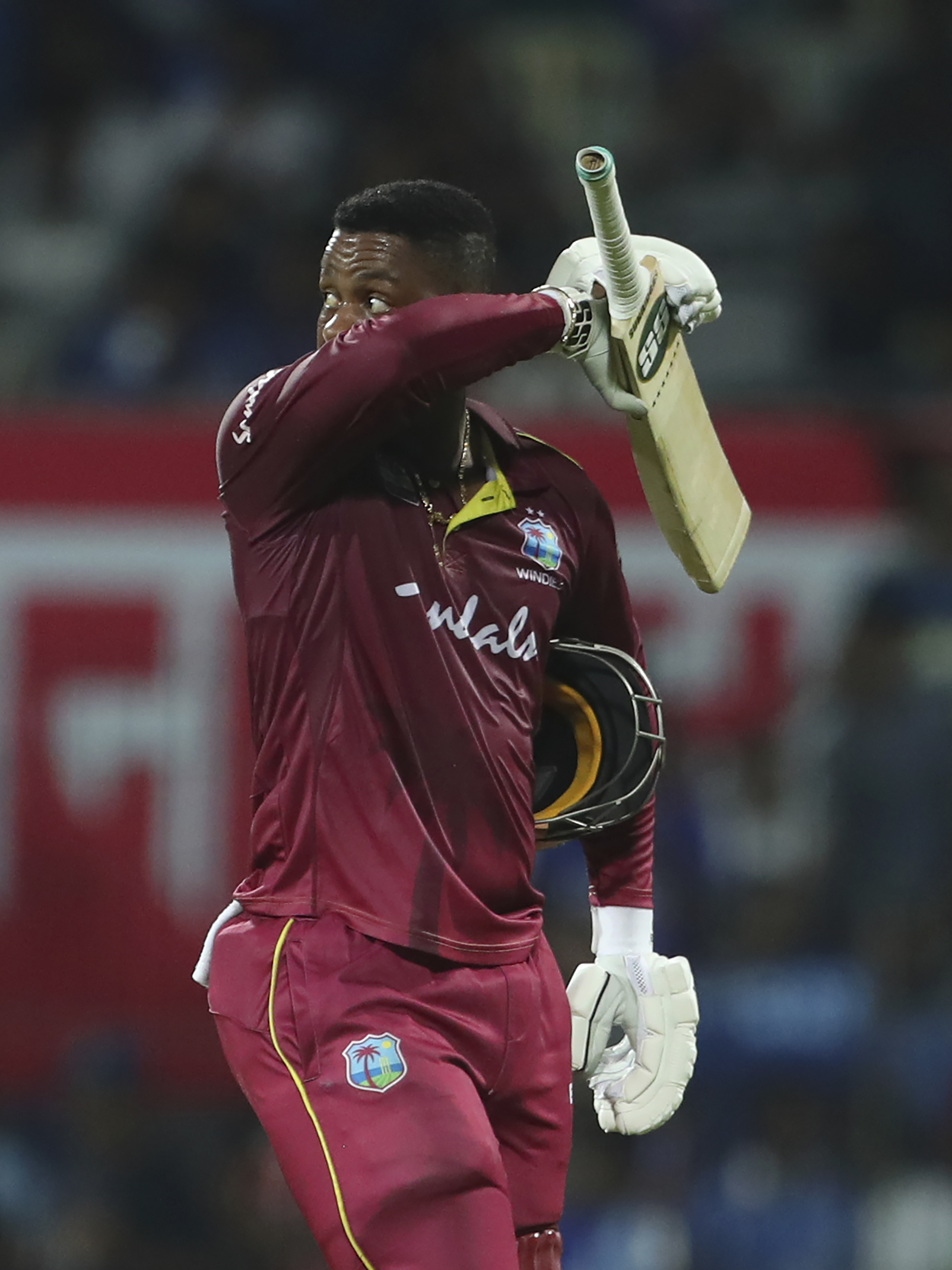 Shimron Hetmyer looks back to watch the replay of his dismissal as he leaves the field during the first one day international cricket match between India and West Indies in Chennai, India, on December 15, 2019
(AP)
Our Correspondent   |   Chennai   |   Published 15.12.19, 09:49 PM

Shimron Hetmyer has a simple philosophy as far as his cricket goes — Enjoy the game.

Playing a match-winning knock of 139 on Sunday, Man of the Match Hetmyer, at the post-match media conference said: “To me, it’s about enjoying my batting. It’s cricket — sometimes you score runs and some times you don’t.”

Hetmyer and Shai Hope shared a 218-run partnership that helped the West Indies to an eight-wicket win over India in the first ODI here at the MA Chidambaram Stadium.

Asked about his collaboration with Hope, who too scored a century, Hetmyer said: “We just keep it simple because we’ve played with each other for quite a while now. So I know his game and he knows mine.

“Basically, when we’re batting together, most of the time, I’m the aggressor and he’s the person who sticks around and bats around. And if he gets the boundary ball, he puts it away.

“For me, it’s always nice batting with someone like him because he’s going to make sure you get the strike as much as possible and it’s easier to execute.”

Hetmyer ranked his innings of Sunday, which was also his fifth century in ODIs, as his best till date. “I came to know this is my highest score in international cricket, so this would be the best one.

“It’s always nice chasing a score than setting one. Chasing a total and taking the team home is a much, much better feeling. Sad that I didn’t finish the game, but it’s a work in progress for me.”

Asked about the pitch which seemed difficult when India batted and easy when the West Indians came out, the left-handed batsman said: “For me, there wasn’t really much slowness. There was dew as well, which is always a factor batting second in India.

“The ball didn’t really stop as much. It just stuck in the pitch a little bit when the seamers bowled the cutters.”

Hetmyer chose to credit his team-mates as well for the good show. “Well, there is an all-round process basically where you keep things as simple as possible.

“Sheldon Cottrell was exceptional, Alzarri Joseph did his job, Keemo Paul came in at the end and did the job as well. Some of the guys didn’t have the best day, but they stuck to the team plan and restricting India to that total was for me a job well done.

“Everyone has their plans, have their set plans on how to go about their innings and we just took it from there.”