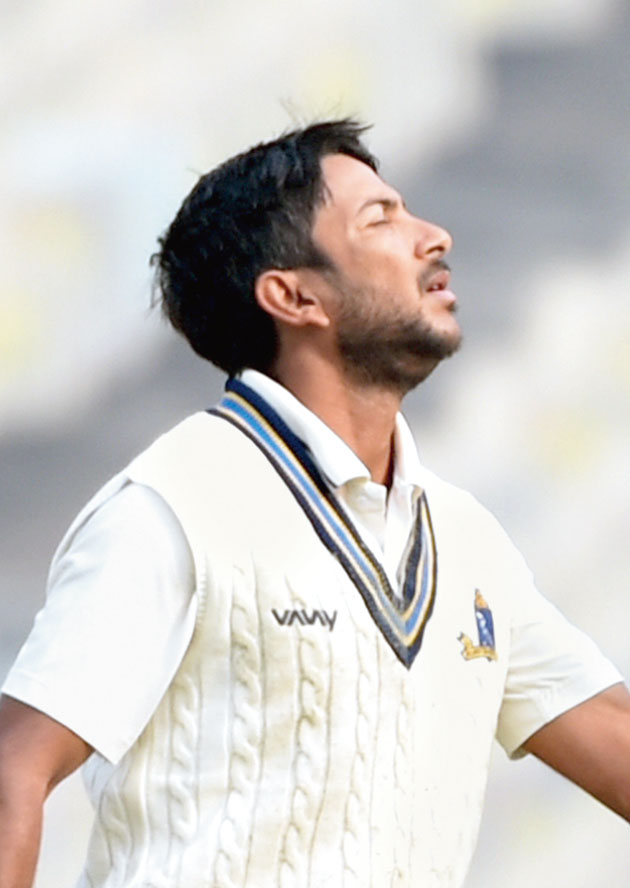 An agonising start to the day ended on a far better note for Bengal.

Having added only 32 more to their overnight total, the hosts were bowled out for 318. But late strikes from bowlers helped Bengal regain ascendancy versus Delhi in their Ranji Trophy Group A clash at Eden Gardens.

Shahbaz Ahmed, missing out on a half-century earlier, struck twice off as many balls in what turned out to be the final over of the day as Delhi slumped to 192 for 6 at stumps on Day II.

There’s no second thoughts to say that Bengal hold the upper hand as they are still ahead by a good 126 runs.

Having said that, the morning session on Wednesday will again be crucial for both teams, while Shahbaz will also be hoping for a second hat-trick in as many matches when action resumes.

Jonty Sidhu and Kshitiz Sharma, during their composed fifth-wicket stand, appeared to finish the day unscathed till Shahbaz struck with his left-arm spin. Getting a bit of extra bounce, Shahbaz first accounted for Kshitiz. Off the very next ball, a fine catch at forward short leg by Kazi Junaid Saifi led Shahbaz to his second wicket as he removed Simarjeet Singh.