After the Premier League confirmed the struggling club had been sold to a group consisting of PIF, PCP Capital Partners and RB Sports & Media, fans began celebrating outside the St James' Park stadium 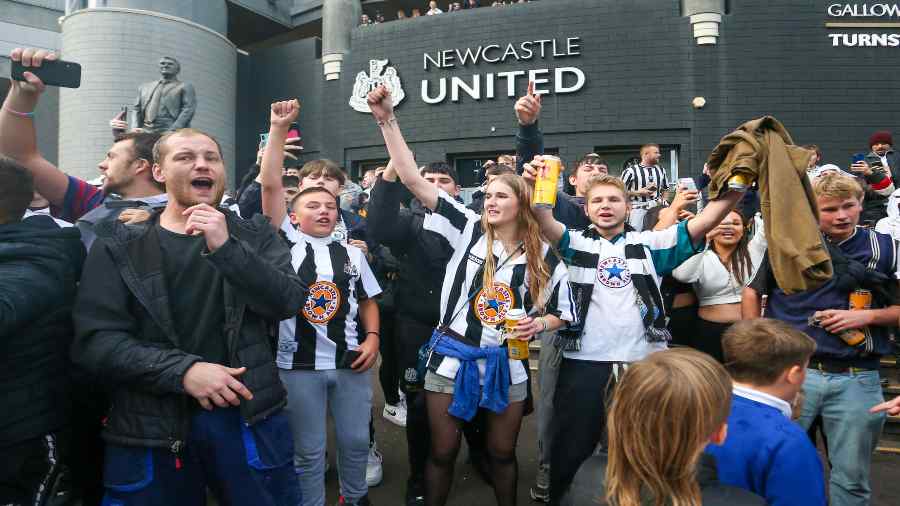 A Saudi-Arabian backed consortium completed its purchase of Premier League club Newcastle United on Thursday as a long-running takeover saga finally reached the conclusion the majority of the club's supporters desired.

Fourteen months after Saudi Arabia's Public Investment Fund (PIF) withdrew a 305 million pounds ($415.07 million) bid to buy the north-east club from owner Mike Ashley following the Premier League's failure to give regulatory approval, a deal was announced after a day of mounting excitement on Tyneside.

After the Premier League confirmed the struggling club had been sold to a consortium consisting of PIF, PCP Capital Partners and RB Sports & Media with immediate effect, fans began celebrating outside the St James' Park stadium.

A statement from Yasir Al-Rumayyan, governor of PIF who will become non-executive chairman of Newcastle United, said the deal would mean long-term investment to "harness the club's potential and build upon the club's legacy.

"We are extremely proud to become the new owners of Newcastle United, one of the most famous clubs in English football. We thank the Newcastle fans for their tremendously loyal support over the years and we are excited to work together with them," he said.

The takeover, fronted by PCP Capital Partners' chief executive Amanda Staveley, ends an unhappy era at St James' Park and means Newcastle will be one of the world's richest clubs.

Staveley will have a seat on Newcastle's board of directors along with Jamie Reuben of RB Sports & Media.

"This is a long-term investment," Staveley said in a statement. "Our ambition is aligned with the fans - to create a consistently successful team that's regularly competing for major trophies and generates pride across the globe."