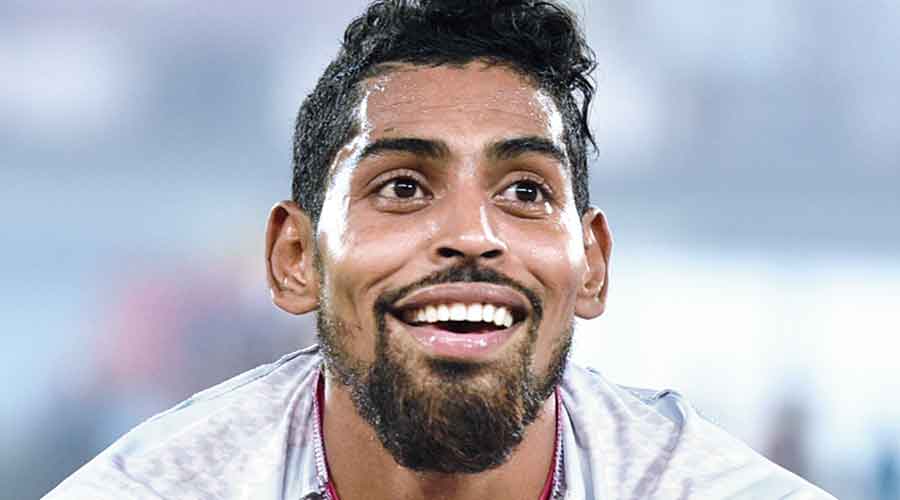 Roy Krishna considers his goal against Kerala Blasters in the ISL VII opener on Friday as a thing of the past and has instead set himself a new goal. He has now shifted his focus to Friday’s Derby clash against SC East Bengal and wants to win that for his team ATK Mohun Bagan.

“I have heard a lot about the Derby. I am waiting for the match as I have never been part of this. Last year in Calcutta, I saw a glimpse of the madness that surrounds this Derby. Our car was stuck in a traffic jam. I was thinking if there are so many supporters outside the Salt Lake Stadium, imagine what would be the mood inside… We have to win this match at any cost and Friday’s victory will help us in the Derby,” the Fijian international was quoted as saying in an ATK Mohun Bagan media release on Saturday.

This ISL is being played without fans because of the pandemic and Krishna said he would miss the buzz in the stands.

“I will miss that insanity in the galleries. I would request all the fans to pray for us. As we know, fans are the 12th man of the team.”

Krishna created history by becoming the first player to score for the ISL debutants and he said he would dedicate it to his wife Nazia.

“I want to dedicate this goal to Nazia who is in Fiji now. I spent most of the last two months in quarantine. She encouraged me in many ways during that period. Yesterday (Friday), everyone back home was up till 2am to watch the game.”

Krishna though rued missing out scoring more goals in the season opener. “I could have scored a hat-trick and now I am kicking myself for missing out on a golden opportunity. I have to work harder, need more training. I just practised for two weeks. So expectedly I am a bit rusty. I am confident that with time I will be back to my old self,” he said.

ATK Mohun Bagan coach Antonio Lopez Habas too is all geared up for the Friday evening show. “Now we have to think about East Bengal,” he said.

Australian star David Williams did not start against Blasters and came off the bench in the 82nd minute. Antonio said he had to be cautious since it was the first match and the humidity in Goa was also a headache.

“It is not good for a player to play a high-intensity match for 90 minutes in this humidity. They are coming from an eight-month break. We will have to substitute everyone, be it Roy, Williams or Edu (Garcia).”

Michael Soosairaj, who injured his knee, will have an MRI done on Sunday.

“The plan was to have the MRI done on Saturday but the knee was too swollen. He is able to walk. That’s good news. Unless the tests are done, team doctors are not being able to gauge the seriousness of the injury.”

A source, however, said that Soosairaj could miss a few games.