Rahane warms up with ton 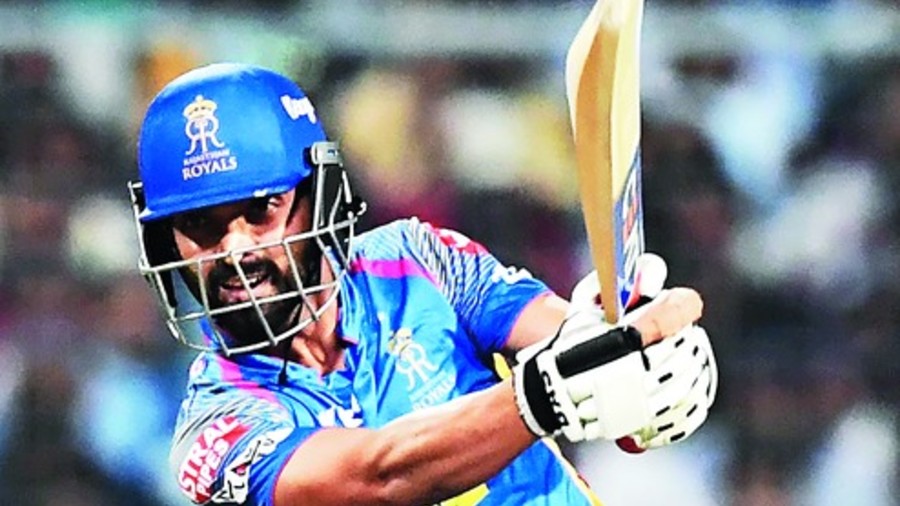 Ajinkya Rahane warmed up for the much-anticipated four-Test series versus Australia with a resolute century, steering India A to 237 for eight against Australia A on the opening day of the first warm-up game here at the Drummoyne Oval on Sunday.

Rahane (108 batting) and Cheteshwar Pujara (54)  shared a 76-run stand for the fourth wicket after India A were reduced to 40 for three early on.

Rahane then added 69 with Kuldeep Yadav (15) to keep the India A innings afloat.

Rahane watched the ball closely and punished anything over-pitched or short to pick up 16 boundaries and a six during his long stay at the crease.

Returning to action after almost nine months, Pujara struck form right away and his knock was laced with five fours.

Pujara played the leg-glance to pick up three boundaries in the fine leg area, two off them in successive deliveries of James Pattinson in the ninth over.

Earlier, Shubman Gill and Prithvi Shaw, who are fighting for one of the opening slots in the Test team, did their chances no good as both of them departed for nought.

While Shubman edged the first ball he faced to Marcus Harris at third slip, Shaw nicked one to Tim Paine as India slipped to 6 for two in the third over.

Hanuma Vihari (15) looked good for a while before Jackson Bird found him plumb in front in the 19th over.