This is Mumbai’s fourth tournament win and the one to remember for the batsman (827 runs), who now holds the record for highest runs scored in a single edition of this competition 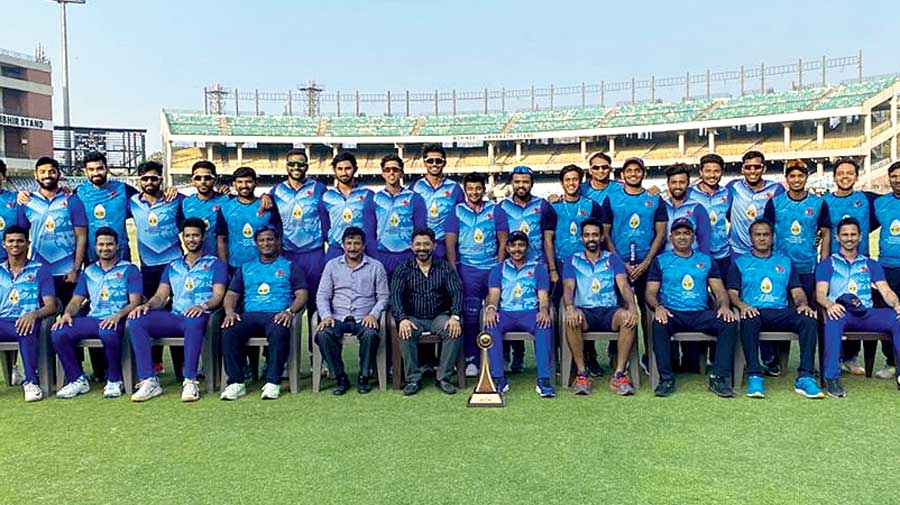 Skipper Prithvi Shaw’s marauding 73 off 39 balls followed by former captain Aditya Tare’s unbeaten hundred guided Mumbai to their most emphatic Vijay Hazare Trophy crown with a thumping six-wicket win over Uttar Pradesh in a lopsided final at the Kotla on Sunday.

Opting to bat, Uttar Pradesh rode on opener Madhav Kaushik’s unbeaten 158 to post 312 for four, but it was overshadowed by the Shaw blitzkrieg which set the platform for Tare to finish off the chase in style with as many as 51 balls remaining.

This is Mumbai’s fourth Vijay Hazare Trophy title and the one to remember for Shaw (827 runs), who now holds the record for most runs scored in a single edition of this competition.

Shaw and fellow opener Yashasvi Jaiswal (29) gave Mumbai an aggressive start by conjuring up 89 runs in just 9.1 overs. Shaw started with a cover-drive off left arm seamer Yash Dayal. He got a life when on five, after being dropped by Karan Sharma at mid-off, and then smashed three fours in the second over off Aaqib Khan.

Thereafter, he took on Dayal, hammering two boundaries and a six over mid-wicket with a fierce pull-shot, as Mumbai raced to 32/0 after three overs. Shaw continued his onslaught and notched up his 50 off only 30 balls with a six, but then holed out in the deep off Shivam Mavi when another hundred looked imminent.

“The only thing I needed to do was go back and work hard. It was just those small mistakes that happened in Australia, so I had to fill in those blanks and come back stronger,” Shaw said at the post-match presentation when asked about his strong comeback after the Australia tour.