Mohammad Shams Aalam Shaikh was deprived of a wheel chair at the Delhi airport, he alleges 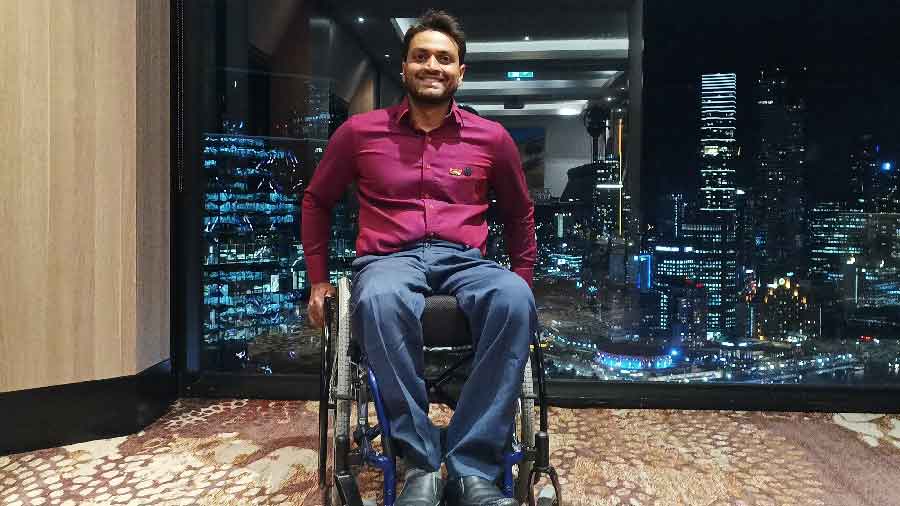 Air India on Tuesday replied to Indian para swimmer Mohammad Shams Aalam Shaikh's complaint that he was made to wait for 90 minutes at the Delhi airport to get a wheelchair, reports hindustantimes.com.

Dear @airindiain i landed with AI 309 5 pm at @DelhiAirport . I am a wheelchair user and I informed cabin crew that I need my wheelchair at gate. After an hour i am still waiting and not received my personal wheelchair. I need to use washroom no one supporting.

The airline informed the "delay was caused due to security reasons, as it hoped for “another chance” from the flyer to set things right".

“... it was delayed due to airport security reasons. We hope you will give us another chance to set things right,” the airline said.

The airline added the wheelchair was provided to the swimmer according to the procedure of the aircraft, elaborating that he was also escorted by the airport personnel.

“Shams Aalam was provided with an aisle wheelchair as per procedure from the aircraft by Air India as soon as the flight landed at Delhi. His personal wheelchair arrived at the belt in a while after due security clearance,” the airline said.

“He was escorted by airport handling personnel throughout. The inconvenience caused by the delay (beyond our control) in the arrival of his wheelchair is regretted,” it added.

Thank you twitter family for your support. I received my wheelchair. However @airindiain kindly conduct sensitization program to handle PwD. If a PwD asking for his wheelchair don't force them to sit on your XL size uncomfortable wheelchair.

Many thanks to Air India! Elderly flier recounts ordeal