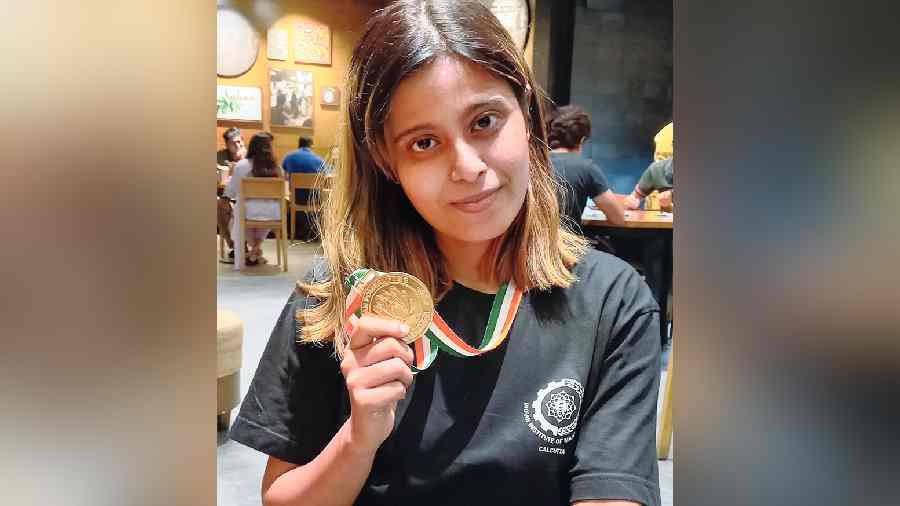 Barely a month ago, Aditi Nandy had met with a road accident and suffered an  injury to her left knee. Barely a few weeks were left then for the Federation Cup National Powerlifting Championship in Kapurthala (Punjab).

The Bengal powerlifter had been yearning for a gold after a silver-medal finish in her maiden appearance at the nationals back in March. But the accident had threatened to shatter her dreams.

Yet, Aditi didn’t give up. She remained patient and took adequate rest. Besides, with constant support and motivation from her coach Jason Martin, whose counselling sessions played a crucial part, she focused on her recovery.

And thereafter, she went on to bag a gold medal in the 48kg category at the Federation Cup that concluded on July 4. Nandy lifted a total of 195kg (65kg in squat, 40kg in bench press and 90kg in deadlift) en route to securing the first place.

Obviously, the 32-year-old is pleased to win her first gold, but she’s a tad disappointed as well in not being able to touch the 200kg mark. “This was my first full power championship as I did all the three things: squat, bench press and deadlift. Honestly, 195 wasn’t my target because in my mock competition with my coach, I had actually scored 205. So I wanted to hit that number.

“Nonetheless, I could change the colour of my medal this time, which is certainly a motivating factor for me. But had it not been for the accident, touching 200 could have been easier,” Nandy, who recently completed her executive MBA course at Indian Institute of Management (Calcutta) and is also an assistant general manager (HR) of a public limited company, said.

“Counselling is essential for an athlete. And Aditi responded really well to my counselling. That was also an element that helped her recover fast,” coach Martin said.