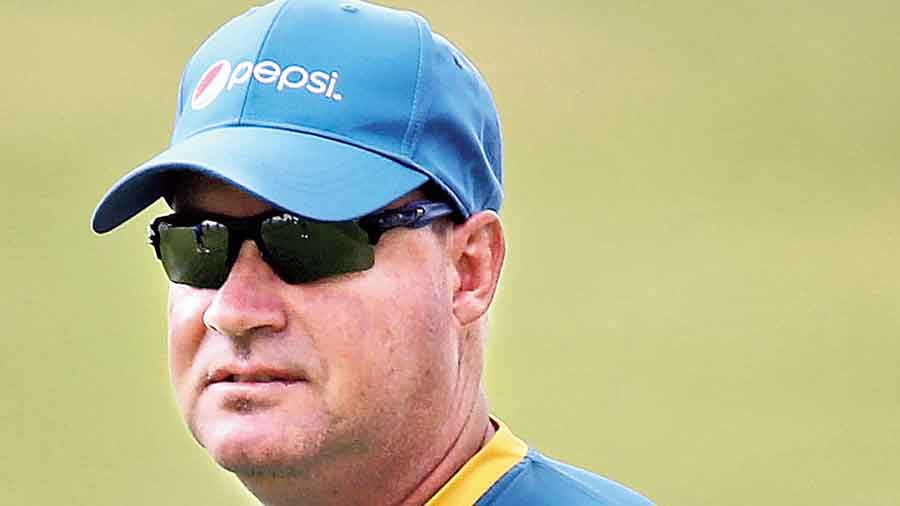 Sri Lanka are a “work in progress” and they stand a good chance of success at the Twenty20 World Cup if the team can step up their batting to match the solid bowling attack, coach Mickey Arthur said.

They are in Group A at the World Cup this year and begin their campaign on October 18 with the first of three qualifying games — against Namibia, Ireland and the Netherlands.

“I think if our batting clicks it’ll give us a really good chance because our bowling attack is very good and our fielding standards have improved dramatically,” Arthur said on Saturday.

“That (batting) is an area we’ve worked extremely hard on over the past nine days.

“We’ve been very clear in what we want our players to do in terms of our match practice...

“So I’m really comfortable now that we have got better at it. But it’s certainly a work in progress. There’s no magic wand here.”

Sri Lanka will be without Danushka Gunathilaka, Niroshan Dickwella and Kusal Mendis at the World Cup after they were given one-year bans from international cricket for breaching bio-bubble protocols during the England tour in June.

Arthur said the trio’s absence will be a “massive blow” to the team, which will be captained by Dasun Shanaka.

“That was a bitter pill to swallow for sure. You suddenly got back to square one in terms of your planning again,” he said.

“It was really disappointing, but it led us to find the likes of Charith Asalanka, who has come on beautifully, Kamindu Mendis, who’s playing beautifully... So out of that adversity, it’s allowed opportunities to other players.”