On Dhoni’s turf: A gesture and Rs 78 lakh donation 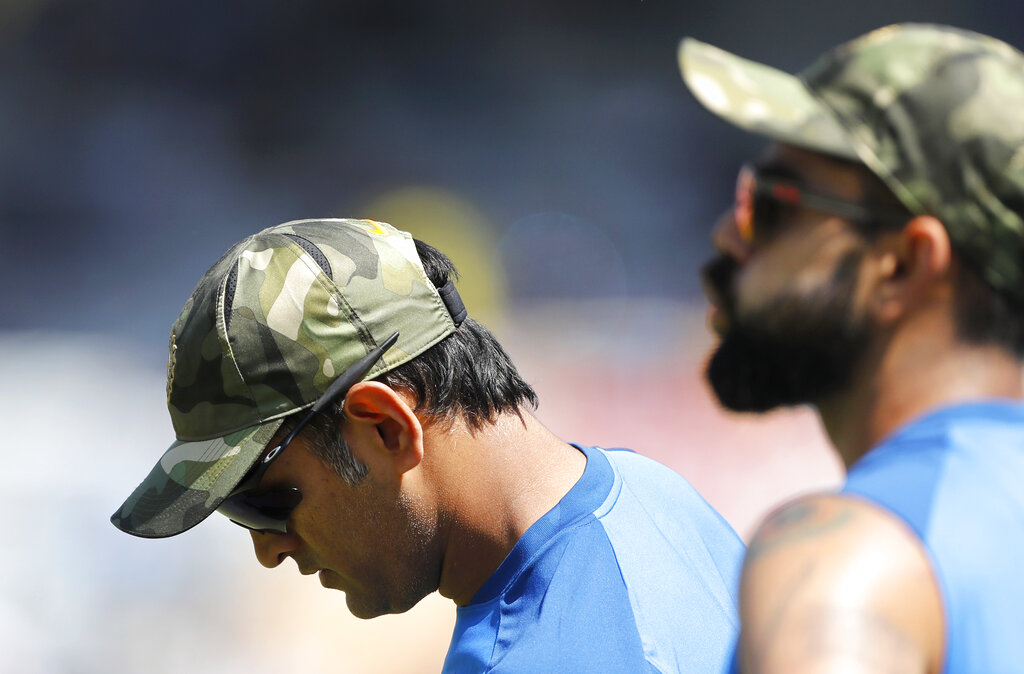 A truly heart-warming gesture by Virat Kohli and the remaining 14 India cricketers will, at one stroke, see the National Defence Fund (NDF) swell by Rs 78 lakh.

The break-up of the cricketers’ contribution to the Fund, set up in 1962, is: Rs 66 lakh by way of match fees of the playing XI in Ranchi, hometown of Honorary Lt Colonel Mahendra Singh Dhoni, and Rs 12 lakh from the four reserves.

That apart, in an age where symbolism matters immensely, Virat and the rest of the squad (including the battalion of support staff) wore a specially designed cap of the camouflage shade issued to Army units.

For both the donation and the special cap gesture, the February 14 JeM-plotted terror strike in Pulwama acted as the trigger.

The choice of Ranchi for a thumbs-up-inviting gesture didn’t surprise. It’s Dhoni territory, after all. By the way, the iconic former India captain’s kit bag and at least one jacket have the same camouflage look.

“Our consent was sought for the special cap and it was given on grounds that the initiative was wholly driven by charity,” a well-placed source said from Dubai, where the International Cricket Council is headquartered.

If any coordination was needed at the ground level, Chief Match Referee Ranjan Madugalle would have been the point of contact for the Board of Control for Cricket in India (BCCI).

“The suggestion for the special cap came from the BCCI and the players were on board straightaway. Ranchi being Dhoni’s home, it was the obvious venue for the gesture to be played out,” a member of the support staff told The Telegraph.

“There was a dual purpose: To honour the 40 CRPF jawans killed in Pulwama and their families and to invite donations for the NDF. People at large have now been made aware of the Fund,” the member of the support staff added.

It’s most unlikely that Dhoni had no role, at any stage, in what was on view on Friday.

Captain Virat had this to say at the toss: “This is a special cap. It’s to pay respect to the martyrs of the Pulwama attack and their families...

“All the players have decided to donate their match fees of this game to the NDF and I, as captain of the team, urge everyone in the country to do the same...

“Donate and help in the education and well-being of the families and children of those who have lost their lives in the (Pulwama) attack...

“So, yeah, it’s a special cap and a special game indeed.”

Virat, it may be recalled, had cancelled the second RPSG-Virat Kohli Foundation Indian Sports Honours event in Mumbai just hours before its scheduled start.

That was to “respect” the “national sentiment” in the days immediately after Pulwama.

Post the butchering in Pulwama, the India squad had worn black armbands in the first game, a T20I in Visakhapatnam. Observance of time-specific silence was there as well.

As for the result in Ranchi, it was anything but special for India despite Virat’s brilliant 41st ODI hundred. Australia won by 32 runs to make it 1-2 and keep alive the series.