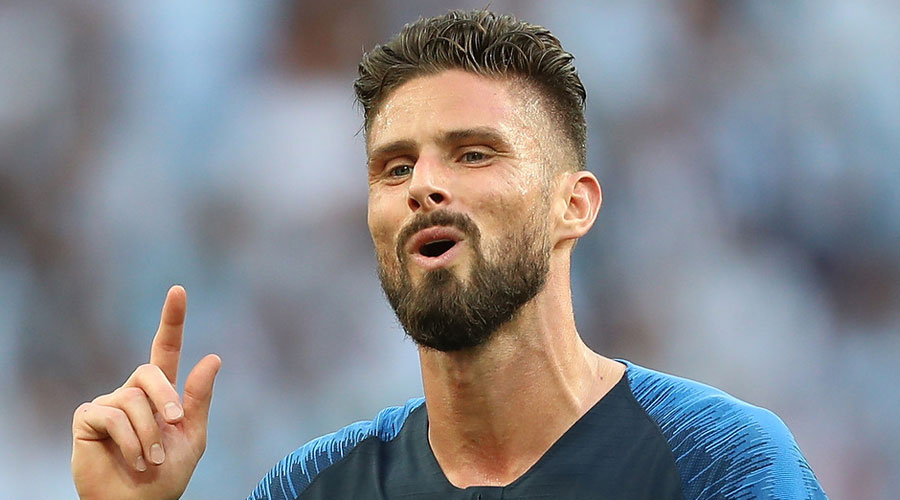 Chelsea manager Thomas Tuchel paid tribute to the professionalism of Olivier Giroud on Tuesday after the veteran French forward’s overhead kick gave his side a 1-0 win over Atletico Madrid in the Champions League.

The 34-year-old’s acrobatic effort in the 68th minute in Bucharest handed Chelsea the advantage going into the second leg of their last-16 tie at Stamford Bridge on March 17.

Tuchel said Giroud, who has scored 11 goals for Chelsea in all competitions this season, was a joy to work with on the training field.

“He trains like a 20-year-old,” Tuchel added. “He is a guy who has a good mixture of seriousness and joy in training. He is always positive and it is a big factor for the group.

“He enjoys every day being a professional soccer player on this level and this is the level he needs to be.”

He was pleased with how his players implemented their game plan and deprived the La Liga leaders of space and the ball.

“We knew they were ready to suffer with eight people in the box. The intention was to keep the intensity high and we did that very well. We never let them breathe or come out for counter-attacks,” Tuchel told reporters.

“We wanted to dominate in the opponents’ half, to never lose concentration, not to make any easy mistakes and always be aware of quick counter-attacks for all their quality. It was a very disciplined performance, a deserved shut out.”

Tuchel has led Chelsea to six wins in eight games in all competitions since succeeding Frank Lampard in January but this was his most significant result. The performance showed the impact he has already had on the team.

The German said the players were following his methods well but they had to keep on practising their new-found style of play as if they were a band.

“It’s like learning a new song, you have to repeat it and repeat it so it gets more fluid and more in the rhythm. It’s about repetition, we created a lot of situations where we could start attacks and I’m very happy with that,” he said.

Lewa on the mark

In Rome, Robert Lewandowski became the Champions League’s third top scorer of all time as holders Bayern Munich put one foot in the quarter finals with a 4-1 thrashing of Lazio in their last-16 first leg.

The Polish striker pounced on a poorly judged back pass after nine minutes to steer in his 72nd goal in the competition.

In doing so, he surpassed former Real Madrid striker Raul in the competition scoring charts to reach a total only bettered by Juventus’ Cristiano Ronaldo, with 134 goals, and Barcelon’s Lionel Messi, with 119.

Bayern’s 17-year-old midfielder Jamal Musiala doubled their advantage with a well-taken strike that made him the youngest English player to score in the competition.

Leroy Sane tapped in a third before the break and a Francesco Acerbi own goal stretched the visitors’ advantage early in the second half, but Joaquin Correa soon pulled one back for Lazio, whose unbeaten run in the competition came crashing to an end.

“I liked our intensity. We’ve certainly made our lives easier for the second leg.