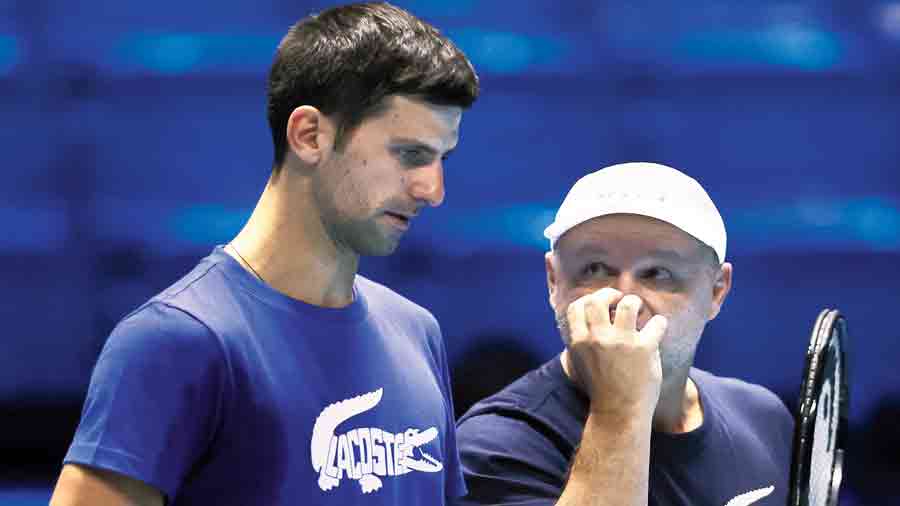 Novak Djokovic split with his long-time coach Marian Vajda at the end of the 2021 season, ending one of tennis’s most enduring and successful partnerships, the Serbian former world No.1 said.

Slovak Vajda has been a near-constant through Djokovic’s career, helping him to 20 Grand Slam titles and an unprecedented 361 weeks as the top-ranked player.

“Marian has been by my side during the most important and memorable moments in my career,” Djokovic said on his website. “Together we have achieved some incredible things and I am very grateful for his friendship and dedication over the last 15 years.

“While he might be leaving the professional team he will always be family and I can’t thank him enough for all he has done.” The pair parted ways after the ATP Finals in Turin, a statement on Djokovic’s website said.

Croatian former Wimbledon champion Goran Ivanisevic joined Djokovic’s coaching team in 2019 and will continue to work closely with the Serb.

“During my time with Novak, I have been lucky to watch him transform into the player he is today,” said Vajda. “I will look back on our time together with immense pride and am so very thankful for the success we have achieved. I remain his biggest support on and off the court and look forward to new challenges.”

Djokovic lost his world No.1 ranking to Russian Daniil Medvedev this week after suffering a shock 6-4, 7-6 (7-4) defeat by Czech qualifier Jiri Vesely in the Dubai Tennis Championships quarter finals. Djokovic was unable to defend his Australian Open title in January and compete for a record 21st Grand Slam crown after being deported from the country over his lack of Covid-19 vaccination.

Spanish rival Rafael Nadal won the Melbourne Park tournament and took a record 21st grand slam crown in his absence. During Vajda’s tenure, Djokovic had other coaches at various times including Boris Becker, Andre Agassi and Radek Stepanek. Djokovic and Vajda took a break from each other in 2017 but reunited the next year.

The announcement of the change came one day after Djokovic dropped out of the No. 1 ranking for the first time in two years, sliding to No. 2 behind Daniil Medvedev. Djokovic’s 361 total weeks atop the ATP are a record, as are his seven times finishing a season at No. 1.