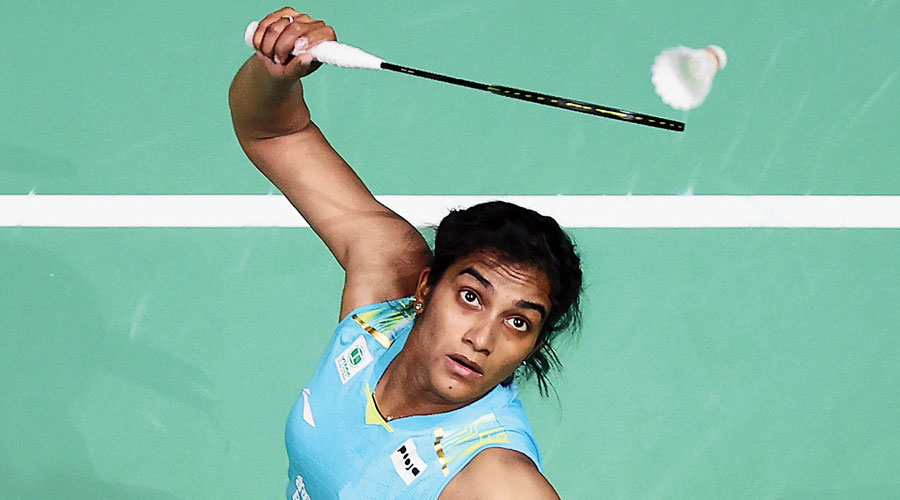 India’s two-time Olympic medallist PV Sindhu will look to bring her best to the fore on the big stage when she begins her title defence at the BWF World Championships beginning here on Sunday.

Sindhu has been in impressive form as she claimed her second silver medal at the season-ending World Tour Finals after three successive semi-final finishes at French Open, Indonesia Masters and Indonesia Open.

Sindhu will now look to cap the season with a successful defence of her World Championships title, which she had claimed two years ago in Basel, Switzerland.
The tournament has lost a lot of sheen with the withdrawals of the entire Indonesian contingent and other elite players such as two-time winner Kento Momota.

The women’s singles field also has been left depleted after the withdrawal of three-time champion Carolina Marin and 2017 winner Nozomi Okuhara.
It will also be the first time in her career that London Olympics bronze medallist and 2015 silver medallist Saina Nehwal will miss the World Championships due to multiple injuries.

While Sindhu will fancy her chances, retaining the title will still be much easier said than done as she still has to face the likes of ninth seeded Thai Pornpawee Chochuwong, top seed Tai Tzu Ying of Chinese Taipei and Korea’s teen sensation An Seyoung.

The Korean has been in scintillating form as she claimed back-to-back titles at Indonesia Masters, Indonesia Open before grabbing her maiden World Tour Final crown, becoming the first from her country to do so.

Sindhu, who got a bye in the first round, will open against Martina Repiska, whose first-round opponent Ruselli Hartawan also pulled out.
A win will put her face-to-face with Pornpawee Chochuwong, who has defeated the Indian twice in the last two meetings.

If Sindhu can get across the Thai, she is likely to be pitted against Tai Tzu, who has proved to be her nemesis with a head-to-head record of 14-5, including wins in last four meetings.