Advertisement
Home / Sports / Not an arena he could conquer: Djokovic tries sumo wrestling

Not an arena he could conquer: Djokovic tries sumo wrestling

The world No. 1 is in Tokyo for the Japan Open 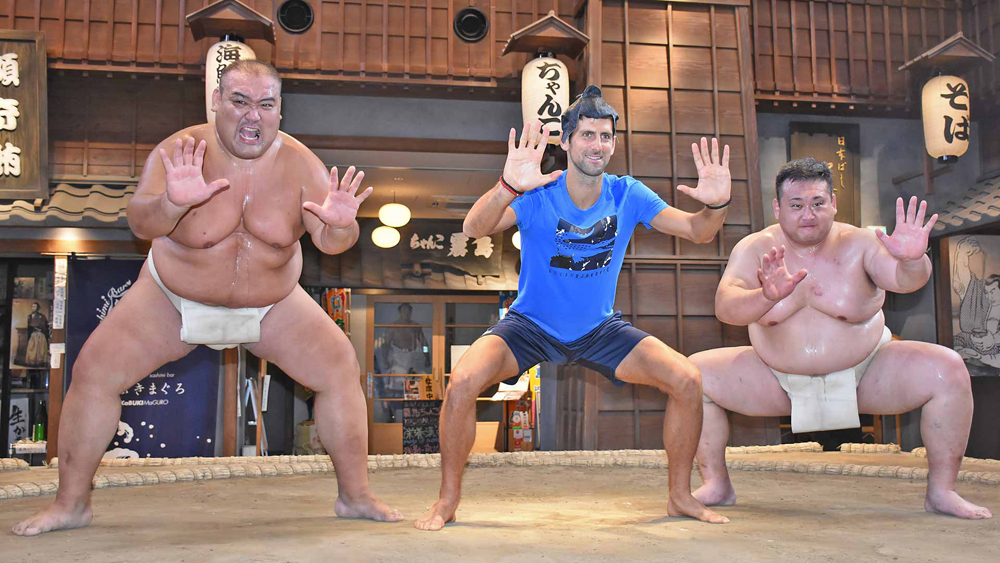 Novak Djokovic took on more than he could shoulder when he entered the wrestling arena for a sumo bout on Monday. The world No. 1 is in Tokyo for the Japan Open that began with him as the top seed.

“I felt that I am out of shape (for sumo) a little bit,” he was quoted as saying.

In the dohyo, the wrestling ring, Djokovic tried but failed to move a wrestler even a small distance. “I think with a few more kilos, I’ll be ready to compete. Probably three times as much as I have right now would be the right measurement for me to compete.” 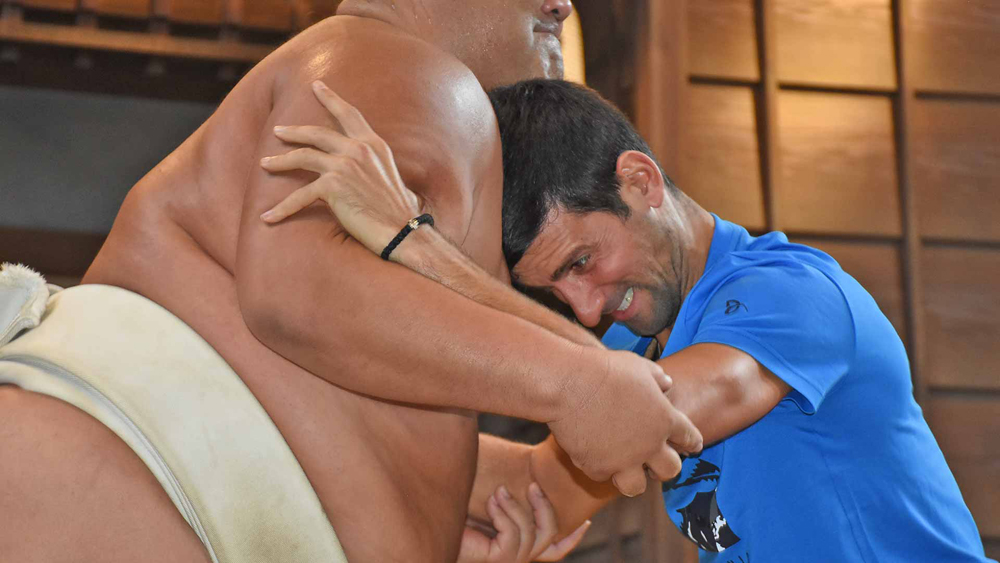 However, he said it was a memorable experience. “It’s a great experience. I’ve never had this experience before,” he told the ATP tour website.

“It’s quite impressive to see also how flexible they are,” Djokovic added. “I didn't think that they were that flexible considering it’s a heavyweight sport, but I see that they are paying a lot of attention to the mobility of their joints and the flexibility, which is of course what allows them to move around as agile as possible at their weight.”

The tennis great said he was familiar with sumo wrestling and had watched it with his father. They had cheered for the wrestler Akebono.