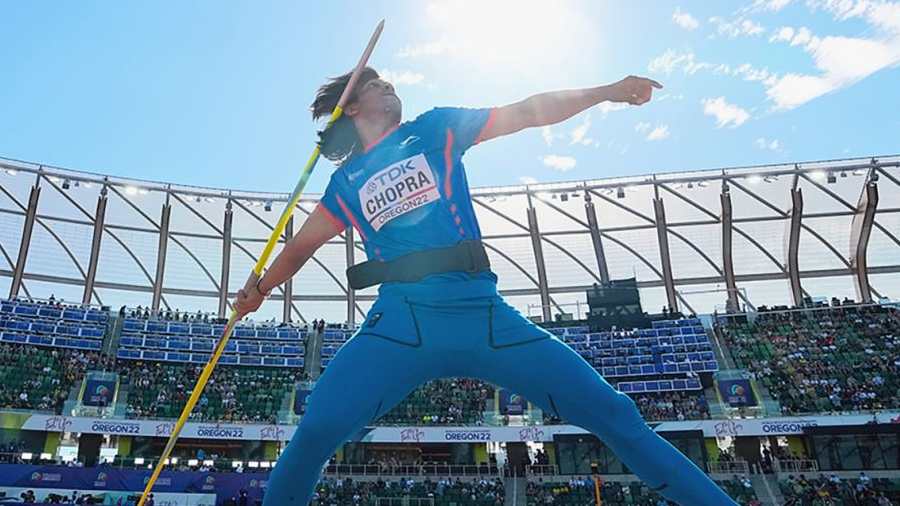 Olympic champion Neeraj Chopra has expressed his disappointment at losing out on the opportunity of being India’s flagbearer at the opening ceremony of Birmingham Commonwealth Games on Thursday. He sustained a “minor” groin strain during his silver medal-winning campaign at the recent World Athletics Championships. The 24-year-old superstar was all set to defend his title in Birmingham, but pulled out of the multi-sport event after his medical team advised a month’s rest after MRI scan revealed a minor injury.

“I am hurt about not being able to defend my title (at CWG) and missing out on another opportunity to represent the nation. I am especially disappointed about losing out on the opportunity to be Team India’s flag bearer at the opening ceremony, an honour I was looking forward to having in a few day’s time,” Neeraj wrote on his social media handles.

“For now, I will focus on my rehabilitation and hope to be back in action very soon. I would like to thank the entire country for all the love and support I’ve received over the past few days, and urge you all to join me in cheering on my fellow Team India athletes in Birmingham over the coming weeks. Jai Hind.” His rehabilitation is likely to be done abroad, either in the US or Europe.