Neeraj Chopra in no hurry for 90-metre throw

Although for the Tokyo Olympics gold medalist, the elusive mark remains his ultimate goal 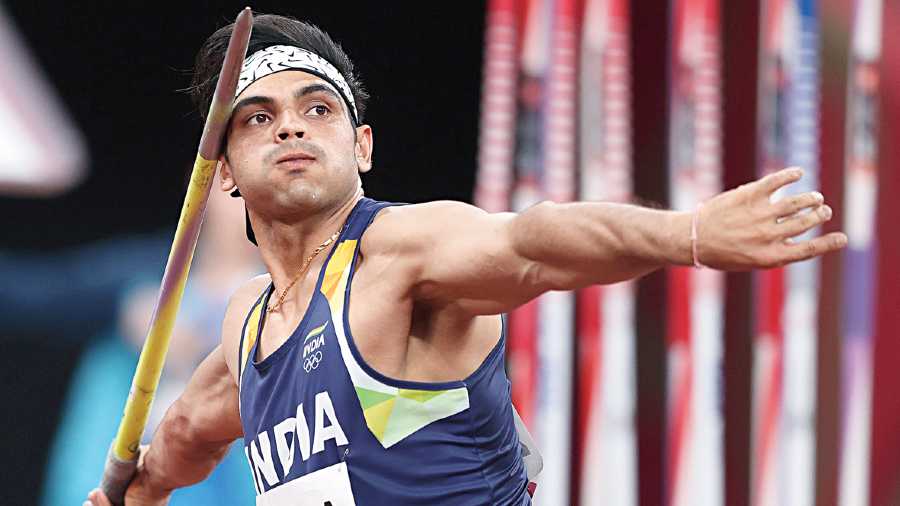 Neeraj Chopra has a challenge. Breaking the 90-metre mark with the javelin throw.

Repeatedly asked at a virtual news conference on Saturday if he was up to the challenge, the Tokyo Olympics gold medallist, in his own humble way, asserted that he is not losing sleep over breaching the elusive 90m mark. But, in the same breath he acknowledged, that does remain his long-term goal.

More so when his peers are achieving the feat. Reigning world champion Anderson Peters of Grenada and Tokyo Olympics silver winner Jakub Vadlejch of the Czech Republic had 93.07m and 90.88m throws respectively in the Doha Diamond League on May 13.

“I don’t take the pressure of distance. Peters and Vadlejch must be working hard and so doing well. It is also my dream to cross 90m and will try to do that this year in some competition,” Neeraj said on Saturday from his training base in Antalya, Turkey.

His personal best is 88.07m and a throw of 87.58m earned him the gold in Tokyo on August 7 last year. The 24-year-old is currently training at the Gloria Sports Arena in Antalya under the watchful eyes of German coach Klaus Bartonietz.

Neeraj will face-off with Peters and Johannes Vetter of Germany in the Paavo Nurmi Games in Turku, Finland, on June 14. This will be his first competitive meet since the headline-grabbing performance in Tokyo.

His next event will be on June 18 in the Kuortane Games (also in Finland) where he had finished third last year with Vetter taking the gold before the Tokyo Olympics.

If everything goes well, Neeraj will feature in the Diamond League Meeting in Stockholm on June 30 before heading for the July 15-24 IAAF World Championships in Eugene, US.

“My main target this year is to do well in the World Championships. Then there is the Commonwealth Games in Birmingham (July 28 to August 8) where I will defend my gold (won in 2018 CWG).”

The Haryana athlete, who looked super fit in the news conference, informed he was now training at full speed and throwing with javelins and medicine balls.