Shami’s availability for the Ranji Trophy final against Saurashtra looks doubtful, starting in Rajkot from March 9 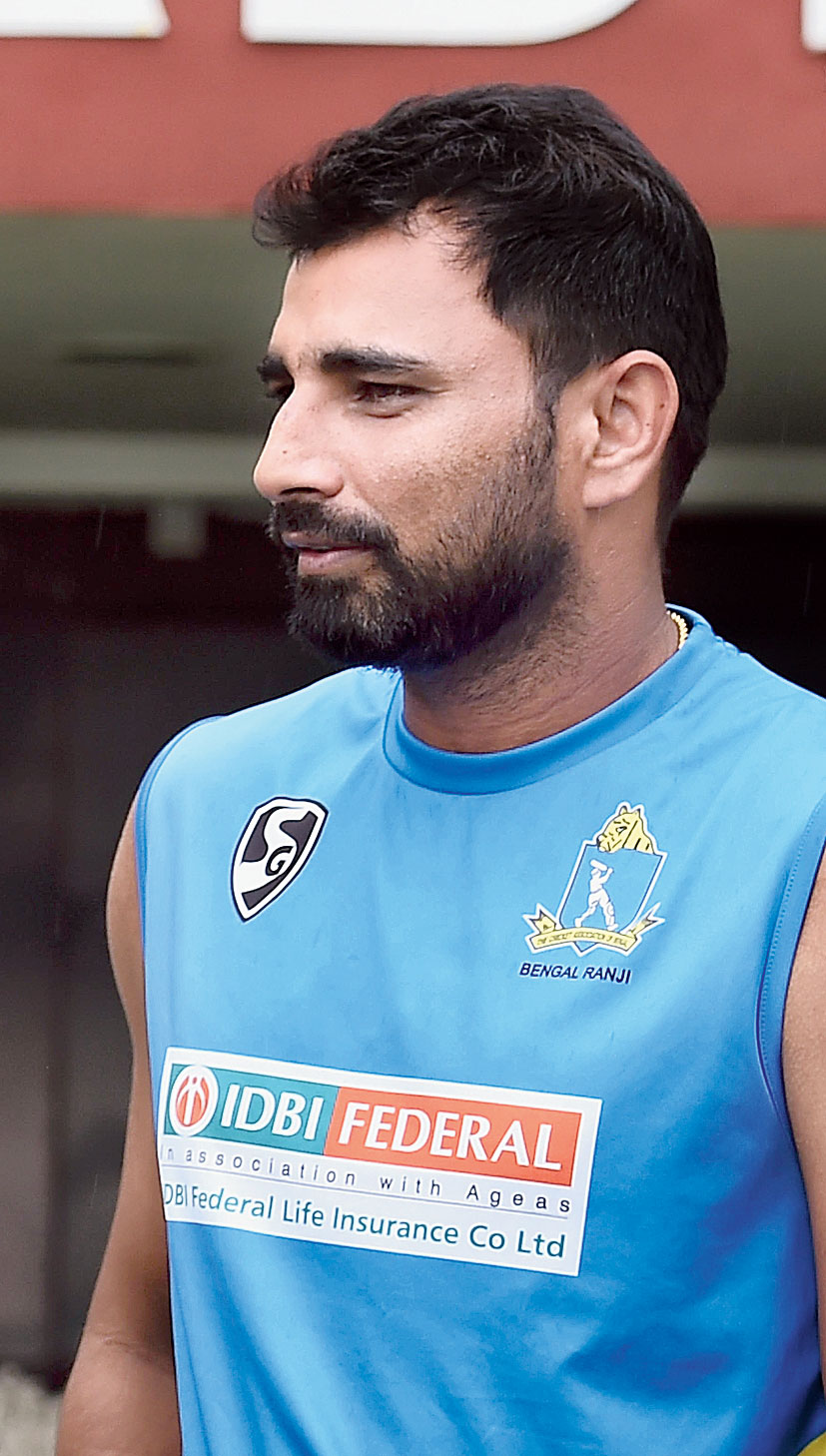 India pacer Mohammed Shami is optimistic that Bengal would finish on top in the Ranji Trophy final against Saurashtra starting in Rajkot from March 9.

The reason for optimism is the presence of Mukesh Kumar, Ishan Porel and Akash Deep. Shami has backed the pace trio in the final too after their string of consistent showings. He also feels they should stay focused on bowling the Test match length, which could be decisive.

Speaking to The Telegraph from Christchurch on Wednesday, Shami said: “Of course, the pacers have been doing a pretty good job and bowling as a unit. They have been consistent throughout and so have been the spinners, particularly Shahbaz (Ahmed). In other words, the entire team is playing as a unit and that’s really good to see.

“Talking of the pacers, they have done the hard yards, kaafi mehnat karte rahe (they kept working hard) and that bore fruit. They have been able to bowl in the right channel and maintained the line and length in almost every game.

“It is this Test match length that they have been able to bowl, which has given them results. This will be crucial because at this stage, you don’t need to do anything different. Just keep focusing on that length and the rest will take care of itself.”

Mukesh had said that he would be talking to Shami for tips and advice ahead of the final. Shami, though, feels that all that the bowlers need to do in the final is to remain calm and patient along with focusing on what they have been doing so far.

“I do speak to these guys sometimes. I tell them what they need to do and what not. Now that the team has made the final, I would just ask them to remain cool and keep concentrating on the things they have been doing. Just be calm, patient and stay focused. That’s good enough.”

Shami’s availability for the Ranji Trophy final in Rajkot looks doubtful as the game clashes with the dates of the upcoming India-South Africa ODI series. The India squad for the three ODIs is yet to be announced, though.

Shami, however, agreed that he was really keen on playing in the final. “Tell me who wouldn’t want to be part of a final!

“Bengal has given me so much. It’s because of my performance for Bengal that I have earned the India cap and the reputation thereafter. So, I am definitely indebted to Bengal for giving me the opportunity to showcase my skills,” he said.

“But obviously, I have to abide by what the BCCI says. Whatever it decides, I will do that with a smile on my face. Let’s see what happens,” he added.