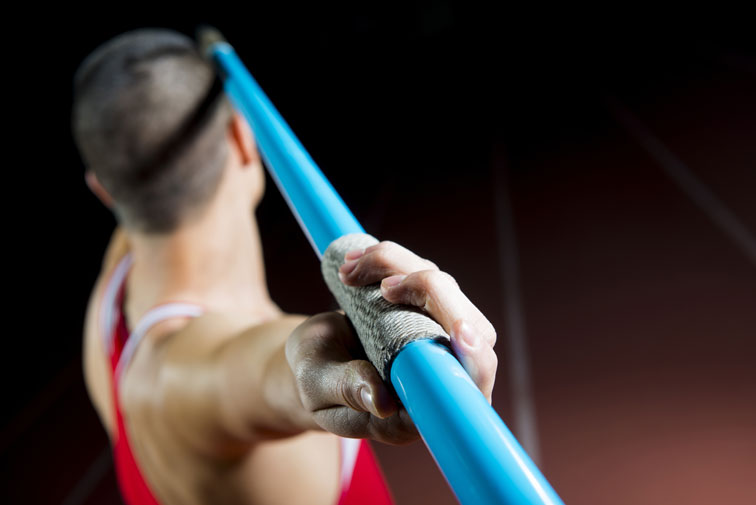 The javelin throwers, who returned from Antalya, Turkey, and South Africa respectively, and were in the NIS Patiala to participate in the meet, have been told to stay put in the isolation wards.
(Shutterstock)
Angshuman Roy   |   Calcutta   |   Published 19.03.20, 09:47 PM

The Athletics Federation of India (AFI) will not be able to conduct the two legs of the Indian Grand Prix, scheduled for Friday and March 25, respectively, at the Netaji Subhas Bose-National Institute of Sports in Patiala.

This comes after the ministry of youth affairs and sports sent a directive advising against holding any sports events, including competitions and selection trials, till April 15 in the wake of the coronavirus pandemic.

The ministry sent the letter to the Indian Olympic Association and the national sport federations. So, AFI can’t also conduct the Federation Cup, scheduled for April 10-13 in Patiala. The ministry, however, has allowed athletes to prepare for the Olympics with some restrictions.

“No exposure to athlete be allowed from outside in the campus where training is underway. No coach, technical/ support staff athlete etc presently not in training camp and not staying in the training campus be allowed to interact or mingle with trainee athletes without following quarantine protocols.”

The javelin throwers, who returned from Antalya, Turkey, and South Africa respectively, and were in the NIS Patiala to participate in the meet, have been told to stay put in the isolation wards.

Neeraj and Shivpal have qualified for the Tokyo Olympics. While Neeraj earned the berth late January, Shivpal made the cut on March 10 in Potchefstroom, South Africa.

However, it was not clear whether Neeraj is being quarantined at the NIS or has left for his home at Panipat.

Sprinter Dutee Chand and long jumper M Sree Shankar, who were in Patiala for the Indian Grand Prix, have left the campus. While Dutee practises in Bhubaneswar, Sreeshankar does in Palakkad, Kerala.

The AFI’s decision to hold the two legs, albeit behind closed doors, had come for criticism from certain quarters. One state association official wondered why the parent body thought of going ahead with the two legs.

“In this time of a pandemic, I do not know why AFI decided to organise the Indian Grand Prix. I do not see any logic in that. The ministry did the right thing by sending the directive. You cannot put the athletes’ lives in danger,” the official said.