I wanted the fight to happen for a long time and I am excited: Nikhat Zareen 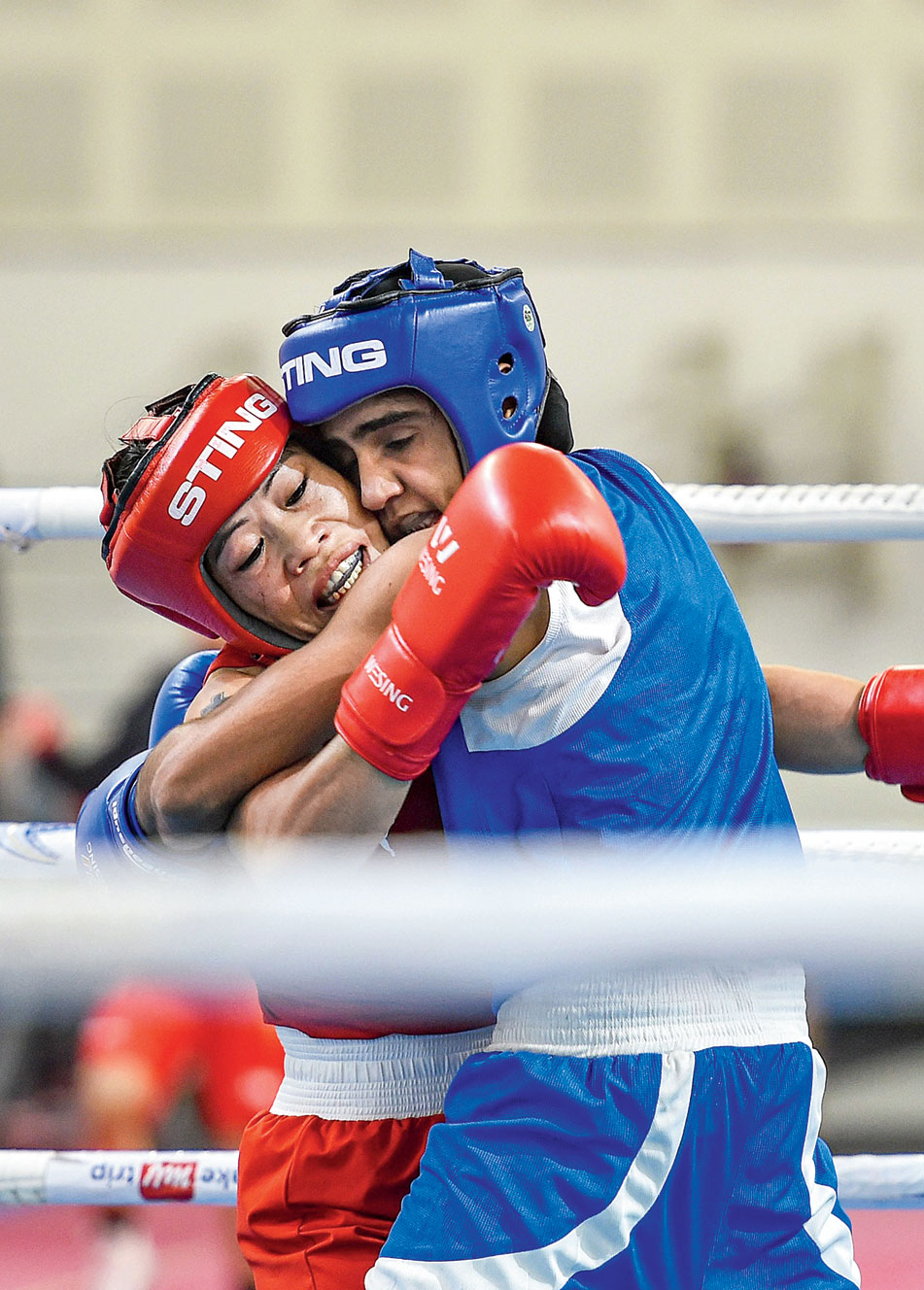 Six-time world champion MC Mary Kom and Nikhat Zareen will clash in the 51kg category finals of the women’s boxing trials for the Tokyo Olympic qualifiers after claiming unanimous victories in their respective first-round bouts here on Friday.

Zareen had kicked up a storm sometime ago by demanding a trial against the iconic Mary Kom after the Boxing Federation of India’s flip-flop on the selection policy for the Olympic qualifiers.

Mary Kom had maintained that she would abide by the selection policy laid down by the BFI, which ultimately decided to have the trials.

Despite registering a unanimous win, Raffaele Bergamasco, the performance director of Indian women’s boxing, was not satisfied with Mary Kom’s performance. “She (Mary Kom) won but she was nowhere near her best today. She has to improve a lot,” he said.

Zareen said she can’t wait to take the ring on Saturday. “I am eagerly looking forward to tomorrow’s bout. I will give my 100 per cent. There is no pressure because I wanted the fight to happen for a long time and I am excited,” Zareen said. “I just want to give my best. At last I have got an opportunity to face her (Mary Kom) and I will make sure that it turns out to be a memorable bout.”

Contrary to Bergamasco’s observation, Zareen said Mary Kom was the clear winner on Friday against Ritu in the intense first round of the 51 kg qualifiers.

“I watched Mary di’s bout, she had clear scoring. Her bout today was more involved in clinching and wrestling but scoring wise she had an upperhand,” she said.

In other trial bouts on Friday, world youth gold-medallist Sakshi Chaudhary defeated Asian silver-winner Manisha Maun in a split 7-3 verdict in the 57kg category, while former national champion Simranjit Kaur got the better Pavitra in the 60kg opener. Former world champion veteran L Sarita Devi will be Kaur’s opponent in the final.