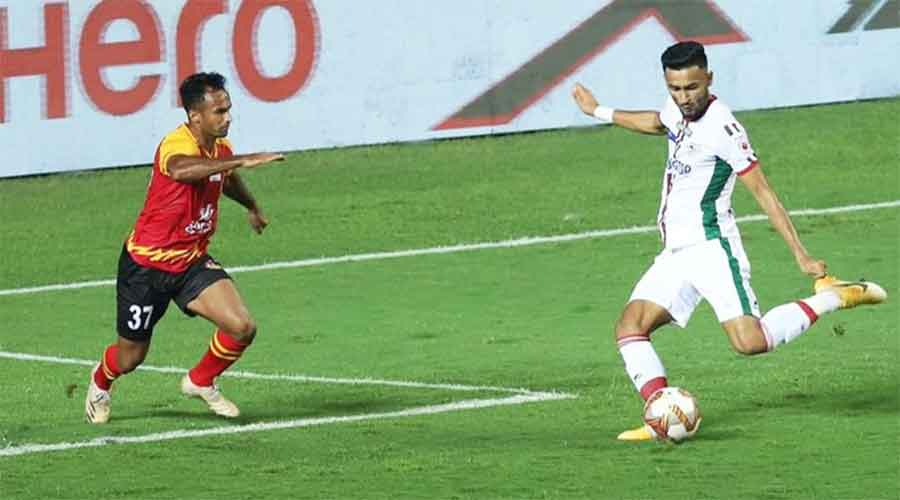 Scoring on his Calcutta Derby debut has been a dream come true for ATK Mohun Bagan’s Manvir Singh.

“I’ve earlier played for Mohammedan Sporting but never got the chance to play the Derby. I always thought that if I get the chance to play, I would score. This is the best goal of my career,” Manvir, who struck ATK Bagan’s second goal in their 2-0 triumph in the ISL,  said on Saturday.

“We were ahead in the game, but in such a high-voltage match, a one-goal lead is not enough. My goal ensured victory for the team,” Manvir said.

“My family always supported me, especially my father (Kuldeep, a former footballer). He was my first coach,” he said.

ATK Bagan coach Antonio Lopez and Roy Krishna, who netted the first goal, also praised the young striker. “I’m satisfied because the players put out a fantastic performance. Their effort has made me very happy. Manvir has fantastic potential. He scored a good goal,” Antonio said.

“He scored a gem of a goal, his goal was better than mine, it was world-class. He ran more than 25 yards and then slotted the ball home. The goal was the result of hard work by Manvir,” Krishna said.

SC East Bengal coach Robbie Fowler believes they would do better in the coming days.

“I’m not satisfied with the result. Performance-wise, we were okay. For a team that has been together for two-and-a-half weeks, I think we put in a good performance.