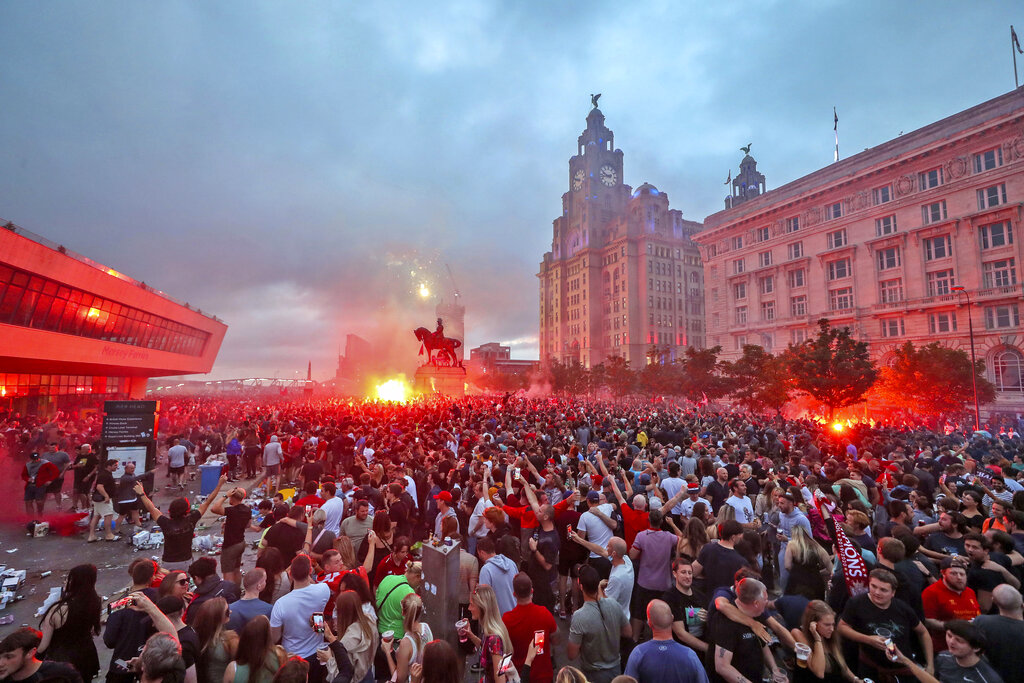 Fans gathering at the city centre for a second night in a row to celebrate their team’s Premier League title win have been urged to return to their homes due to fears of a surge in Covid-19 cases.

Liverpool’s 30-year wait for their 19th English top-flight title ended on Thursday after second-placed Manchester City were beaten by Chelsea.

Thousands of fans turned up at Anfield on Thursday to celebrate the win, and Merseyside Police issued a dispersal order on Friday after crowds gathered for a second consecutive night.

The police tweeted that the order would remain in force until Sunday. Liverpool mayor Joe Anderson urged fans to return home after pictures of the crowd emerged on social media.