Liverpool in a different league

Firmino struck in the 37th minute, firing in from close range to score the only goal of the match against spurs 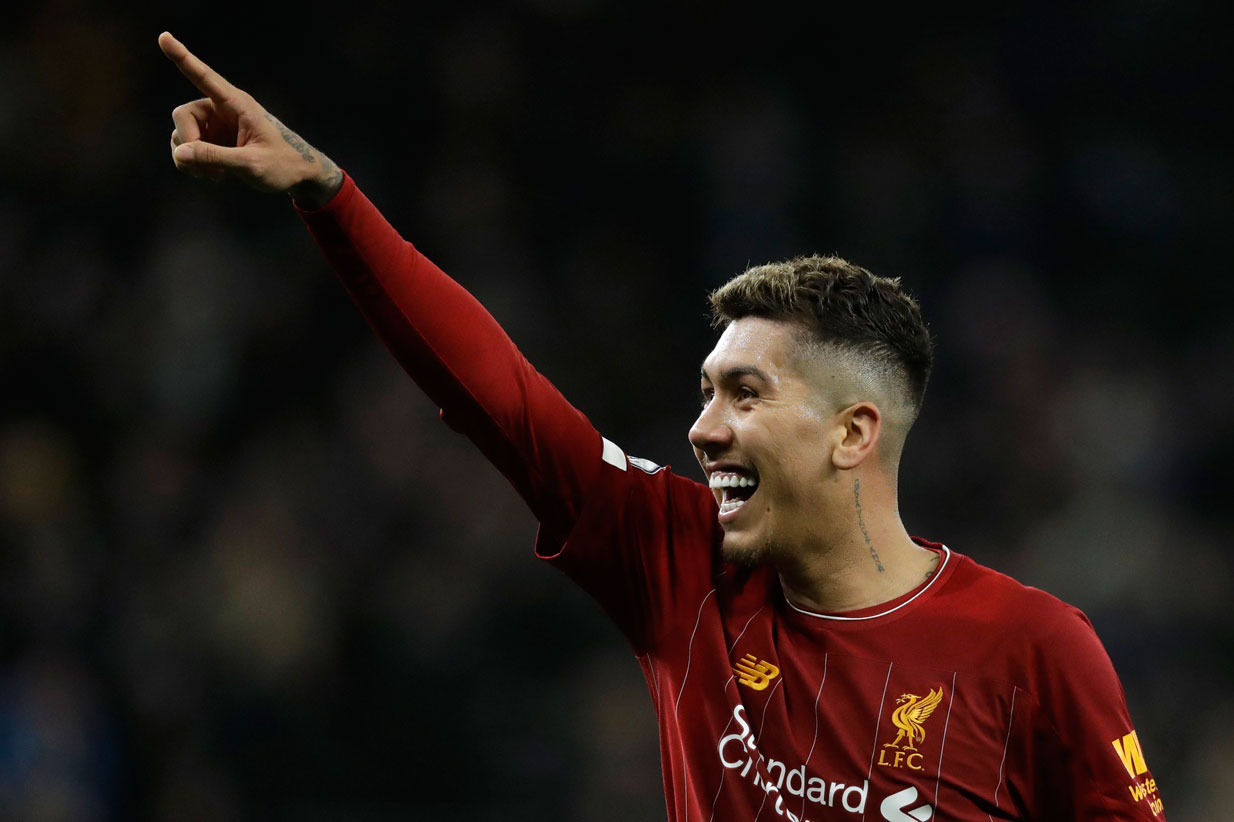 Liverpool stretched their lead at the top of the Premier League to 16 points and set a record in the process as Roberto Firmino’s first-half goal secured a battling 1-0 win at Tottenham Hotspur on Saturday.

Juergen Klopp’s side were not at their best and needed to withstand a Spurs fightback after the break but hung on for a 20th win out of 21 league games this season.

Their total of 61 points is the most after 21 games of a Premier League season, beating Manchester City’s 59 two seasons ago, and has never been surpassed in the Spanish, Italian, German or French leagues at the same stage.

Liverpool dominated the first half and it needed a superb block by Tottenham’s 20-year-old defender Japhet Tanganga, handed his first league start, to deny Firmino with Alex Oxlade-Chamberlain hitting the rebound against the post.

Firmino struck in the 37th minute, firing in from close range, and Liverpool ended the half in total control.

Manchester United kept alive their hopes of finishing in the Premier League’s top four, with two goals from Marcus Rashford and one each from Anthony Martial and Mason Greenwood giving them a 4-0 home win over Norwich City on Saturday.The result left United fifth in the standings on 34 points from 22 games, five behind fourth-placed Chelsea, while Norwich stayed rooted to the bottom with 14 points.

Solskjaer was pleased with the performance and singled out Rashford after the striker took his season’s tally to 19 goals in all competitions in his 200th game for United.

“Very happy,” the Norwegian told BBC Sport. “I am sure the opposition are talking about Manchester United as a very hard working team. That is what I want from my team.”

“We reacted today. We can bounce back.”

Southampton stunned Leicester City 2-1 at the King Power Stadium on Saturday thanks to a late goal from Danny Ings and a lucky strike from midfielder Stuart Armstrong, as the Saints put their 0-9 thrashing in the return fixture in October behind them.

The win came on the back of a vastly improved display from Southampton, and keeps Ralph Hasenhuettl’s side in 12th place in the table on 28 points.