The Day-Night Test, the second of the two-match series, will be a first for both Bangladesh and India 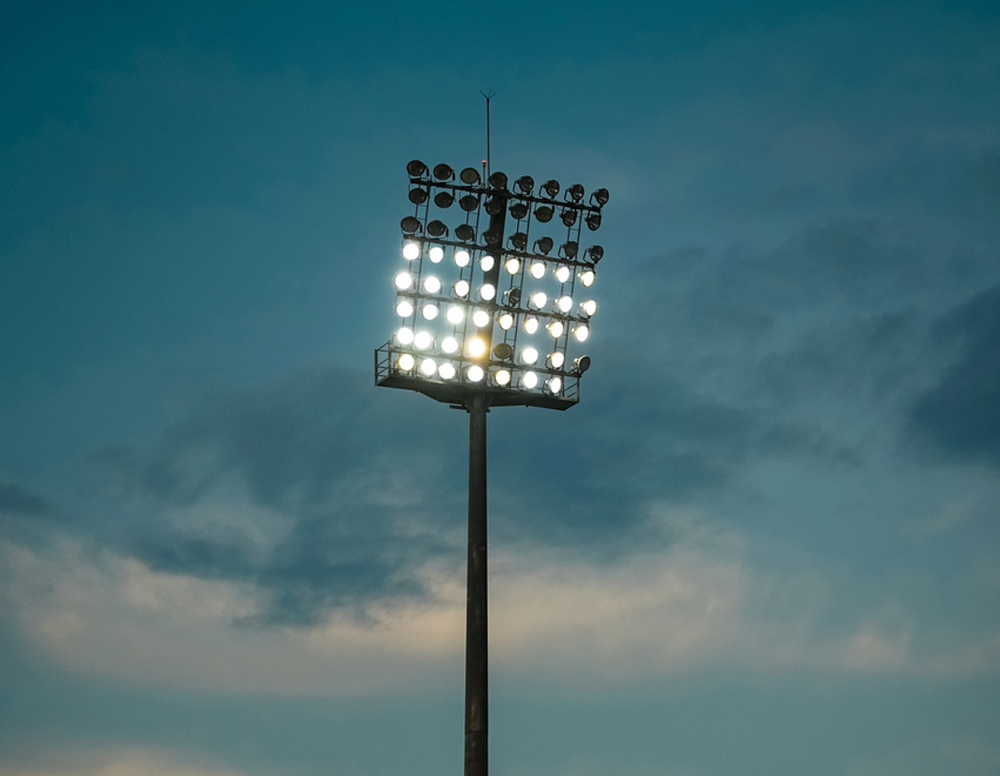 “It’s a great thing for Test cricket and hopefully it will bring the crowds back to the stadium” — Sourav Ganguly, president of the Board of Control for Cricket in India (BCCI)
(iStock)
Indranil Majumdar   |   Calcutta   |   Published 29.10.19, 08:34 PM

Barely a week into his reign as president of the Board of Control for Cricket in India (BCCI), Sourav Ganguly has pulled off a coup of sorts after Bangladesh agreed to play a Day-Night Test at the Eden from November 22.

The Day-Night Test, the second of the two-match series, will be a first for both the countries.

“This is a much-needed boost for Test cricket. This had to happen… This is the beginning of something special in Indian cricket,” Sourav told The Telegraph on Tuesday shortly after announcing the decision.

“It’s a great thing for Test cricket and hopefully it will bring the crowds back to the stadium.”

The former India captain has always been a huge supporter of the Day-Night game and believes it to be the way forward to arrest the dwindling presence of spectators in the longer format. As BCCI president, he convinced captain Virat Kohli to play a Day-Night Test during their first meeting at the Cricket Centre in Mumbai, a format the team management had been opposing for long.

Australia and New Zealand took part in the inaugural Day-Night clash in 2015 in Adelaide.

According to a source, the Team India captain was unwilling to take a risk since this series is part of the World Test Championship. Sourav’s argument was simple: The No. 1 ranked Test side can take such a chance against Bangladesh.

India successfully dodged plans to play a pink-ball Test in Adelaide during their tour Down Under last year. India’s reluctance to embrace the new concept was proved again when a move to host a Day-Night Test against the West Indies at home was scuttled after the team management refused to play.

Sourav confirmed that the SG pink ball would be used during the Test at the Eden. “Yes SG balls will be used… The first Test will also be played with the SG balls.”

The dew factor was another important thing that would come into play and had kept the teams wary. “We will make sure there’s no dew. There’s this dew treatment spray and all. Nothing will happen,” Sourav reasoned.

The Cricket Association of Bengal (CAB) has plans to start the match at 1pm to minimise the dew factor. 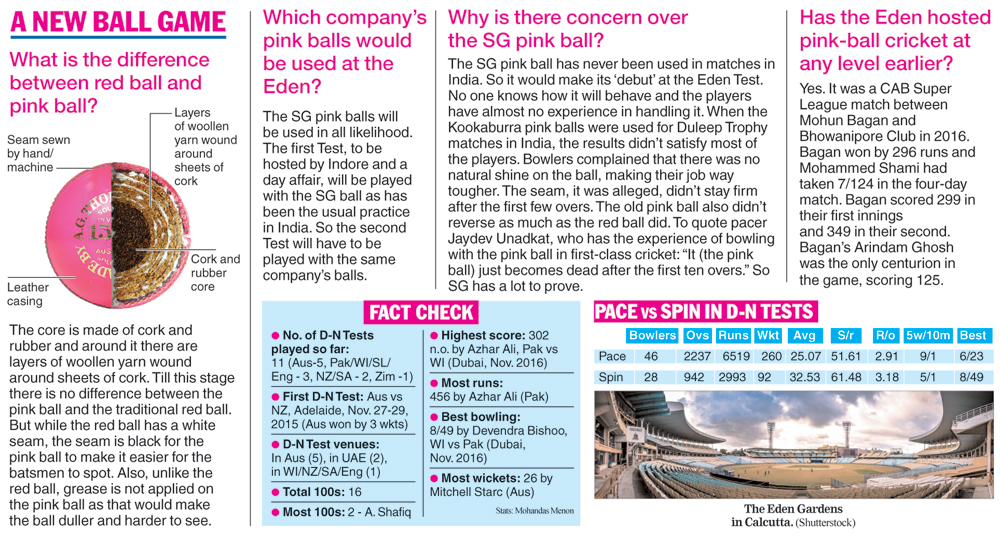 It did take a while to convince the Bangladesh Cricket Board (BCB) to play the match, though. Already reeling from problems of their own, some of the Bangladesh players, who have no experience of playing with the pink ball, did air their reservations.

For the record, Bangladesh had turned down a request to play a pink ball game in New Zealand earlier this year.

But the BCB brass made sure the players agreed this time. After all, it is very difficult to ignore Sourav’s request. BCB president Nazmul Hassan acknowledged the “very long history of support, co-operation and friendship” between the two boards. “Ours is a bond of strength and it is very heartening for the BCB to have someone like Mr Ganguly as BCCI president who has been an integral part of this journey,” Hassan said in a statement.

Sourav too didn’t forget to thank all concerned.

“Thanks to Virat also, he agreed straightaway. And even more to Bangladesh Cricket Board that they agreed at such a short notice. It’s the way forward,” he said.

The Jawaharlal Nehru Stadium in New Delhi hosted the first Day-Night ODI in India on September 28, 1984, with a game versus Australia.

The first match at the Eden to be played under lights was the Hero Cup semi-final between India and South Africa on November 24, 1993, an edge-of-the-seat game in which a certain Sachin Tendulkar’s last-over heroics with the ball gave the home team victory by two runs.

India’s first-ever Day-Night four-day match with the pink ball was also at Eden Gardens, the Super League final in 2016 between Mohun Bagan and Bhowanipore. Sourav was then the CAB president.

His innings as BCCI president has begun on a promising note. As India captain, he had changed the face of Indian cricket and one can only hope for more such revolutions in the coming months.