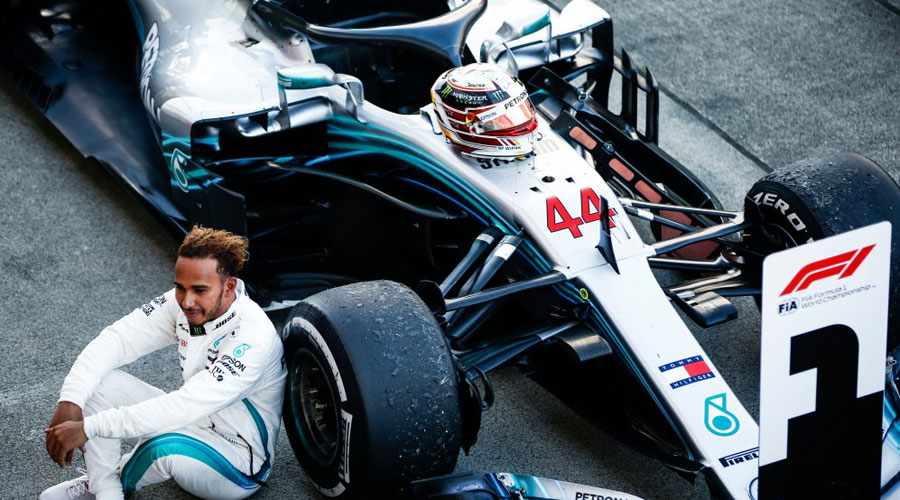 Lewis Hamilton celebrated the 90th win of his Formula One career, one short of Michael Schumacher’s all-time record, after a crazy crash-strewn Tuscan Grand Prix on Sunday that was twice stopped and re-started.

The race was Ferrari’s 1,000th championship Grand Prix but the best the struggling Italian team could manage was eighth for Charles Leclerc.

The first ever Tuscan Grand Prix at the Ferrari-owned Mugello circuit was stopped twice after a spate of crashes and three safety car deployments.

Bottas had been leading for Mercedes at that point.

As the Finn prepared to accelerate away, the back-markers reacted as if the leaders had already re-started. Sainz hit the back of Giovinazzi’s car as the Alfa swerved.

Sainz reported that he and the others were OK.“The crash was really scary,” he said.

“It felt like at the back of the grid where I was that everyone in front of me thought the race was going and we were all flat out until someone realised the race was not on,” added the Spaniard.

“It’s definitely not a nice feeling to do 280kph and suddenly find three cars in the middle of the straight.”

The safety car was immediately deployed again and the race then halted before a standing re-start.

The red flags came out again with 13 laps remaining, and Hamilton leading, when Canadian Lance Stroll suffered a puncture and crashed his Racing Point.

It was the second race in a row to be red-flagged.

Only 12 cars remained in the race.