The Briton, who trails Red Bull rival and Mexico race winner Max Verstappen by 19 points with four races remaining, took to Instagram to clarify his words 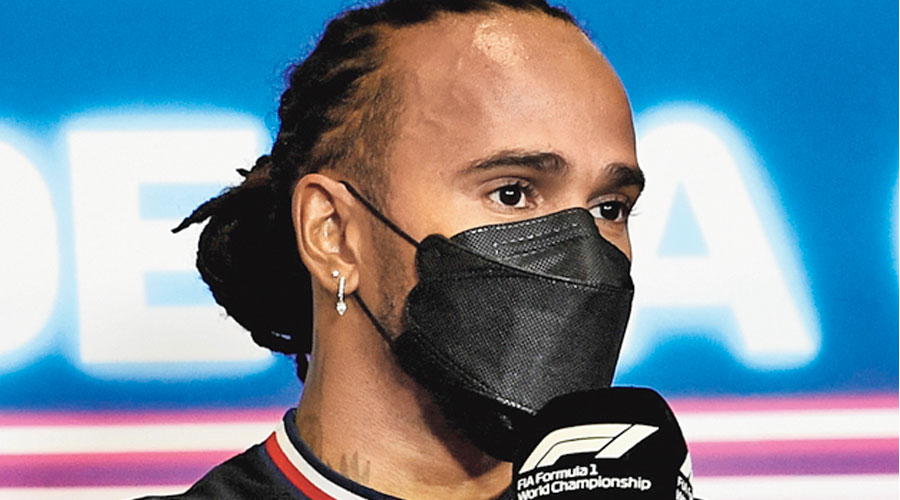 The Briton, who trails Red Bull rival and Mexico race winner Max Verstappen by 19 points with four races remaining, took to Instagram to clarify his words.

“Yesterday I said that VB left the door open and naturally people will jump to criticise,” he said in relation to his observation that Bottas, on pole, left room for Verstappen to seize the lead into the first corner.

“We are a team and we win and we lose as a team. There is not one single person responsible for winning or losing, we do it together good or bad. You may be able to beat us but you can’t break us. “Onto the next one Valtteri, let’s keep pushing bro.”

Hamilton also said after the race that he knew the Red Bull was quick because Perez had got close up behind him. The Mercedes driver said on Monday he wanted to “make sure people don’t read what I was saying wrong.”

“I have a lot of respect for (Perez) and think he’s doing a great job in his new team. He’s improved so much this season and I know how hard it is to progress with a new team, it takes time,” he added.

“My comment was simply that following another car in Mexico is the hardest thing due to the low drag we all have. That’s why there is very little overtaking.

“However, he was able to follow so closely which highlights just how much more downforce they were able to carry.” Perez finished the race in third place, with Hamilton second.

F1’s governing body has said it is confident Saudi Arabia will be ready for its grand prix debut next month after media reports highlighted the amount of track work still to be completed.

The floodlit night race along the Red Sea shore in Jeddah is scheduled for Dec. 5 as the penultimate round of the championship.

Depending on results in Brazil and Qatar, Saudi Arabia could be a title decider between Red Bull’s Max Verstappen and Mercedes’ Lewis Hamilton. Verstappen leads Hamilton by 19 points with four races remaining.

“The FIA and F1 are getting daily updates of where things are at and it’s progressing very, very quickly,” FIA race director Michael Masi told reporters after last weekend’s Mexico City Grand Prix.

The Jeddah Corniche layout has been billed as the world’s fastest street circuit.