Home / Sports / KP Gets Nostalgic Over His Playing Days in KIA Oval
Kevin Pietersen, one of the finest batters who has played the gentleman's game, shares stories from his playing days at the ground.

KP Gets Nostalgic Over His Playing Days in KIA Oval 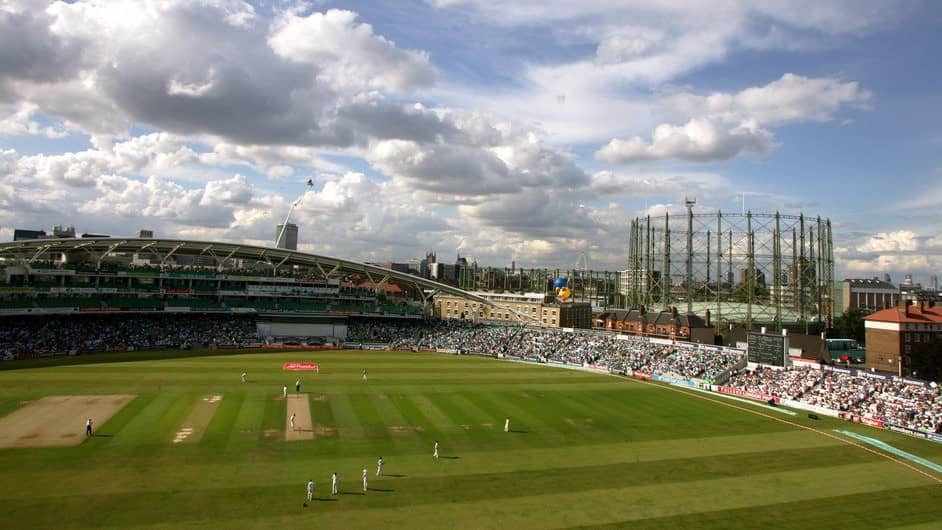 As India is playing their fourth test against England in Oval, Kevin Pietersen, one of the finest batters who has played the gentleman's game, shares stories from his playing days at the ground. From playing for a draw at Oval against India in 2007 to whitewashing the visitors in 2011, Peterson becomes nostalgic in the interview with Betway. The flamboyant right-hander recalls his memories and tells us why he always had a special feeling while playing at the KIA Oval.

This match was a sitter for India as the visitors got a hooping first innings total of 664. Despite that, India could not achieve a victory at the match as KP came to the rescue for England. With both bat and ball, Pietersen showed sheer brilliance in 1st innings and in the 2nd innings too.

The match was memorable for the Indian side as all the 11 Indian batters registered a double-digit score in that match. This happened to be only the fourth time in the history of the game that all the batsmen scored in two digits.

More interestingly, Anil Kumble, the great Indian leg spinner, scored his maiden century in the first innings. He was also the man of the match in that game as he added a five-wicket haul to his performance with the ball.

Pietersen has a fine memory of the match as he got MS Dhoni out in the first innings. While speaking about the incident, KP recalled how he got the better of the Indian wicket-keeper just after getting hit for two massive back to back sixes. The second six was so big that the ball almost went out of the ground. On the very next ball, as Dhoni tried the same, he got caught at the deep mid-wicket in the hand of Alistar Cook.

While England scored a 345 in the first innings, India could have easily fancied their chances of winning the test match by imposing a follow on to the home side. But captain Rahul Dravid might have had a different plan. As India scored 180-6 in their 2nd innings, England had a mammoth total of 500 to chase to win the match. So, only a draw was something for which England could have put on their fight.

While sharing his memories, Pietersen told how nice of a feeling it was for him to hold the Mace of the number one Test team in the world in the Oval. As a test playing nation, what can be better than holding the test mace in front of your home crowd? Well, that's the feat that KP achieved in 2011 at KIA Oval. Petersen said the pleasure was even better as they thrashed the visiting Indian team by 4-0.

The year 2011 was not that good for the English cricketers as far as ICC events are concerned. In the ICC World Cup 2011, both Bangladesh and Ireland had upset them. And as the event progressed, England's journey came to an end as they faced another loss against Srilanka in the quarter-finals.

However, despite all of these hurdles in the one day format, the England team continued their amazing performance in the test arena and finally became the number 1 side on 13th august 2011.

Starting from the stadium, spectators to all the amazing achievements KP has made in the ground holds a special place in his heart. As KP quoted, the experience of playing in KIA Oval is second to none.

As a stadium in London, the Oval has always been overshadowed by the fame of Lords, which is regarded as the 'Home of Cricket'. While Lords holds a rich heritage for its long association with the game, the Oval cricket ground in South London is always known for its great batting wickets.

In fact, batters have always enjoyed playing here since there is no variable bounce in the wicket and the ball comes nicely to the bat. That's why Oval has always seen huge scoring games.

Since there is not much for the bowler in the pitch, batters can easily hit through the line of the ball.  As avid followers of the game, a nice and straight cover drive or a simple straight drive is something we always cherish. Oval is the ground where you can see a lot of these shots getting played.

The recent game between India and England is not any different from that. If you want to see some of the Indian batters getting in form, Oval was the ground for that. Fortunately, India managed to win in this game and is on her way to win the first test series on British soil after 14 years.