Much-needed win for India after a humiliating experience in Mumbai 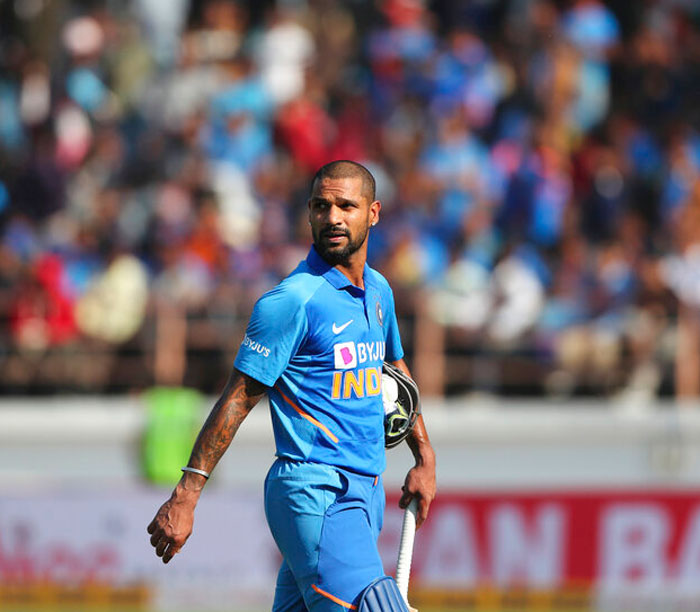 India's Shikhar Dhawan looks at the screen as he leaves the field after his dismissal during the second one-day international cricket match between India and Australia in Rajkot on Friday
(AP)
Sayak Banerjee   |   Rajkot   |   Published 17.01.20, 09:22 PM

Kuldeep Yadav accounted for Steve Smith and the Indian players’ jubilation was a fair indication of what could happen. The Australians crumbled as India levelled the series 1-1 at the Saurashtra Cricket Association Stadium on Friday.

Smith’s departure – two short of what would have been another classic hundred from the former Australia captain – crushed the visitors’ hopes as India eventually sealed the game by 36 runs with five balls to spare, ensuring the series gets decided in the third and final ODI in Bangalore on Sunday.

In the same 38th over of Australia’s innings, Kuldeep had removed the reliable Alex Carey that probably put more pressure on Smith, who dragged a plain and simply delivery back on to his stumps. No wonder Smith was livid with himself.

India still had Ashton Turner, the man who ruined their night in Mohali last year, to get rid of. But every venue is not Mohali and miracles don’t happen everyday.

Mohammed Shami bowled one fast and spot on target in the 44th over, and Turner was castled. Off his very next delivery, Shami rattled Pat Cummins’s stumps with a yorker for his third wicket and it was a matter of time before India wrapped things up.

For sure, this was a much-needed win for India after a humiliating experience in Mumbai the other evening.

The worries still exist though, as Dhawan couldn’t come out to field after a delivery from Cummins early in the 10th over of India’s innings hit the left-hander’s elbow and crashed on to his rib cage.

Later in the 43rd over of Australia’s reply, Rohit Sharma hurt his left shoulder while trying to prevent a four in the deep and had to go off the playing arena. The duo have only a day in between to recover for the decider.

As for Australia, they were poor with the ball, barring Adam Zampa, who dismissed Kohli once again, and Cummins to an extent. Mitchell Starc had a forgettable day, while Kane Richardson and Ashton Turner too were ordinary.

Some credit should go to Manish Pandey (replacing Rishabh Pant) as well for pulling off a one-handed blinder at cover after failing with the bat, as India separated the Australia opening pair for the first time in the series.

The other unbeaten centurion in Mumbai, Finch, fell thanks to a fine glovework from Rahul that had the batsman stumped off Ravindra Jadeja’s bowling.

Jadeja later foxed the newest Aussie sensation Marnus Labuschagne (46), who was looking equally good during his first-ever ODI innings. That partnership between Smith and Labuschagne certainly threatened to take the game away from India.

It, however, could have been interesting had the Australians batted first after winning the toss. Dew wasn’t a massive factor in this game, while in the twilight period, Jasprit Bumrah, Shami and Navdeep Saini (substituting Shardul Thakur) found some movement that troubled Finch and Smith on certain occasions.

If India batted second, the Aussie pacers too could have fancied their chances.

Having said that, the man who stood out in this game was Rahul. Proving that he is capable of batting even at No. 4, Rahul did wonderfully well to handle the situation after Kohli departed against the run of play.

Remaining unfazed, Rahul unleashed the big strokes whenever he sensed the opportunity.

His handling of Starc, particularly, was mighty impressive. It was in the 46th over when Rahul reached his half-century with a one-handed slice square off the wicket, following it up with an even better shot that fetched him a six.

Earlier, Rohit threw it away with a needless shot just as he was beginning to look intimidating. However, Dhawan and Kohli went on with the flow and with efficient strike rotation and minimum risk, lifted India’s scoring rate to well above six.

Dhawan, though, used the long handle to good effect. He missed out on a century but regained the rhythm, which is more important for India.