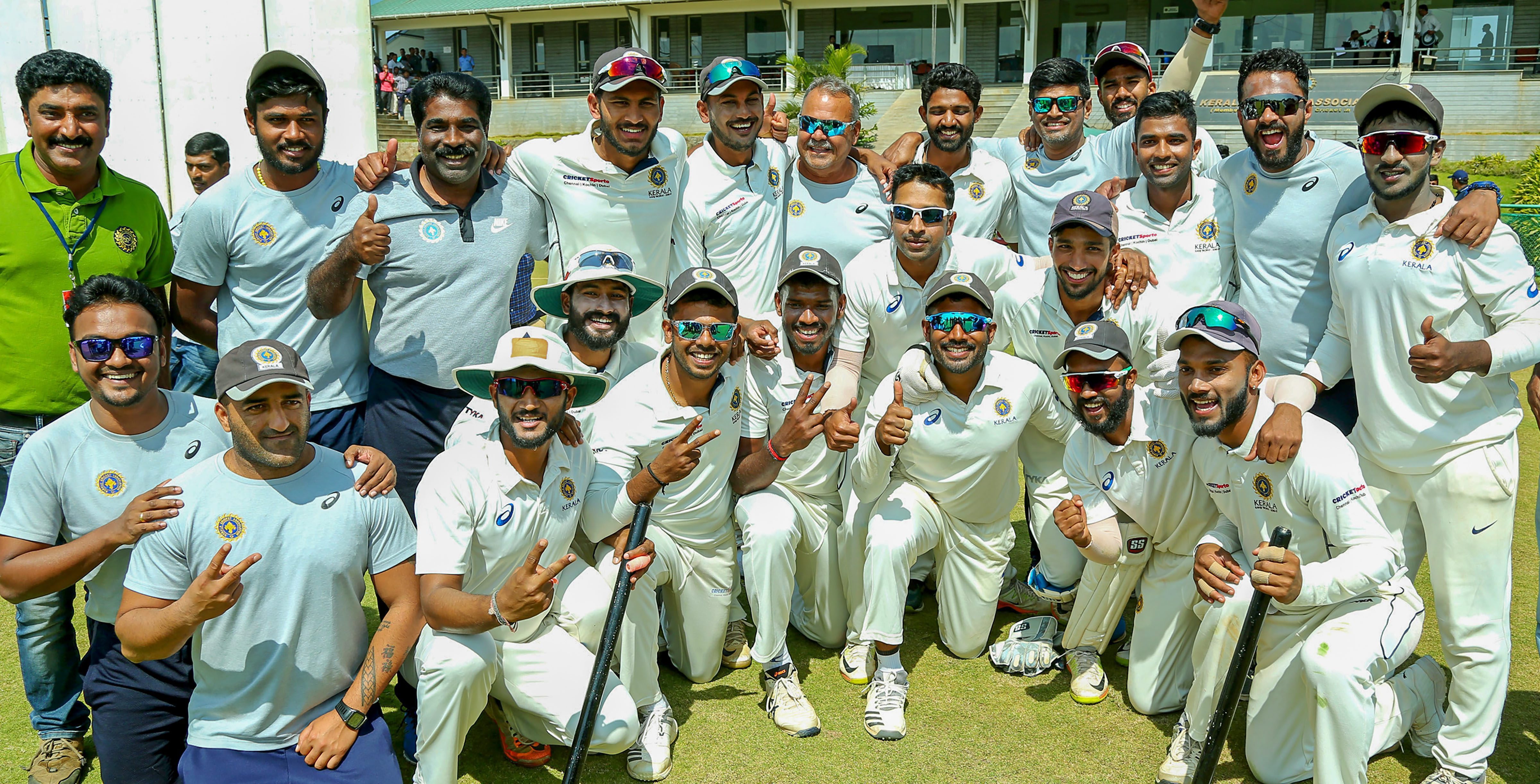 Kerala has never been a force to reckon with in the world of cricket. But the state's team has just given notice that this has changed by storming into the Ranji Trophy semi-finals. That's a follow-up to its performance last year when it made it to the quarter-finals. Playing a key role in the team's transformation has been coach Dav Whatmore, who has coached both Sri Lanka's and Pakistan's national teams.

This year's Ranji Trophy has seen a string of surprises, with heavyweight teams like Mumbai, Delhi, Tamil Nadu and Bengal exiting ahead of the knockout stage. But through all this the Kerala team has shown what can be achieved with a mix of good planning, hard work -- and a dollop of luck. Making it to the semi-finals might not have been a huge achievement for teams like Delhi or Mumbai but it's a huge step forward for Kerala. The team's story has been a remarkable story to track – not as an underdog but as a bunch that writes its own script.

Thumba, in the Kerala state capital Thiruvananthapuram, is where rockets shoot into the skies. It's also where Kerala’s Ranji Trophy dreams took off this season on the St Xavier's College ground. The team beat Andhra by nine wickets and Delhi by an innings and 27 runs. At the same venue it showed its character after being bowled out for 63 on the first morning of the match against Madhya Pradesh.

The team also scored huge away wins against teams like Bengal at Eden Gardens in Calcutta and also Andhra and Delhi. Then there was an exciting finish at Nadaun against Himachal Pradesh that set the team up for the quarter-finals. The Kerala team had to chase almost 300 runs in cold conditions. Finally, in Wayanad, Kerala, on a track that is known to assist fast bowlers, Kerala beat Gujarat by a whopping 113 runs in a low-scoring game to take the semi-final slot.

Kerala has a rich history of being a sports-minded state and has had national-level heroes in athletics, volleyball, football, basketball, rowing and other sports. But it was not until fast bowler Tinu Yohananan, son of renowned long jumper T.C. Yohannan, broke into the Indian team that cricket caught the fancy of the state's sports-loving people.

Kerala cricket needed a lot more than sporadic selection of its players in the national team. This season’s performance could well be the factor that could seed cricketing dreams in many more young minds.

Clearly, one key person who has masterminded the team's upturn is Whatmore, renowned for turning the Sri Lankan team round and guiding it to win the ICC Cricket World Cup in 1996. Whatmore joined the team last year as a full-time coach and he has taken the team to a new level, from being a potentially good unit to a very competitive side that is seen as a dangerous opponent.

Whatmore has raised the level of mental preparation of the players in a host of different ways. For instance, he showed them the importance of researching the opposition. And he has helped the players perform to their potential. He also says the squad members enjoy one another’s company and also work very hard on the skill sets each has been blessed with.

Another lynchpin of the team has been the one-time Madhya Pradesh all-rounder Jalaj Saxena who has weighed in tellingly in his third year as professional with the Kerala side. Besides the 28 wickets with his off-spin, he led the batting charts for the team with 537 runs at 44.75 to be in the race to win the best all-rounder prize yet again. He has been a crucial part of Kerala’s successful run so far.

Kerala's attack has been relentless, with Sandeep Warrier, Basil Thampi and Jalal Saxena accounting for 100 wickets among them. Also, Sijomon Joseh and left-arm spinner M.D. Nidheesh chipped in with 26 wickets between them. Suffice to say, Kerala’s bowling unit has been its brightest star in the campaign so far.

Also, the team's fitness levels have clearly gone up steeply. One indication of that is how pacemen Sandeep Warrier and Basil Thampi are among the three players – skipper Sachin Baby being the other – who have played all nine games so far this season. The fast bowling twins have snared 72 wickets, with the strapping Sandeep Warrier taking 39 to lead the attack with aplomb.

They have backed one another, now more aware of the importance of hunting together. With former India bowler Tinu Yohannan assisting them as bowling coach, Sandeep Warrier, Basil Thampi and Nidheesh have come a long way as pacemen who understand the art of bowling in a group and the science of bowling quickly and accurately.

The batsmen too came to the fore, never more tellingly than in the last innings in the group stage. Set a 297-run target to win and qualify for the quarter-finals, Kerala achieved it in some style on the back of strong batting by Vinoop Manoharan, skipper Sachin Baby and Sanju Samson. It was a must-win game and one in which Jalaj Saxena was out with an injury.

Beyond the palest shadow of doubt, Kerala’s dream run – punctuated by defeats at the hands of Tamil Nadu, Madhya Pradesh and Punjab – has been a deserving one. The team has created and grabbed the chances that have come its way, shown character in crunch situations and enjoyed one another’s success. But, above all, it has shown that it is now among India’s top cricket sides and determined to make further strides forward.