His 22nd Test century, and third double hundred, made up almost half of New Zealand’s first innings total of 519/7 declared before the visitors reached 49 without loss in reply 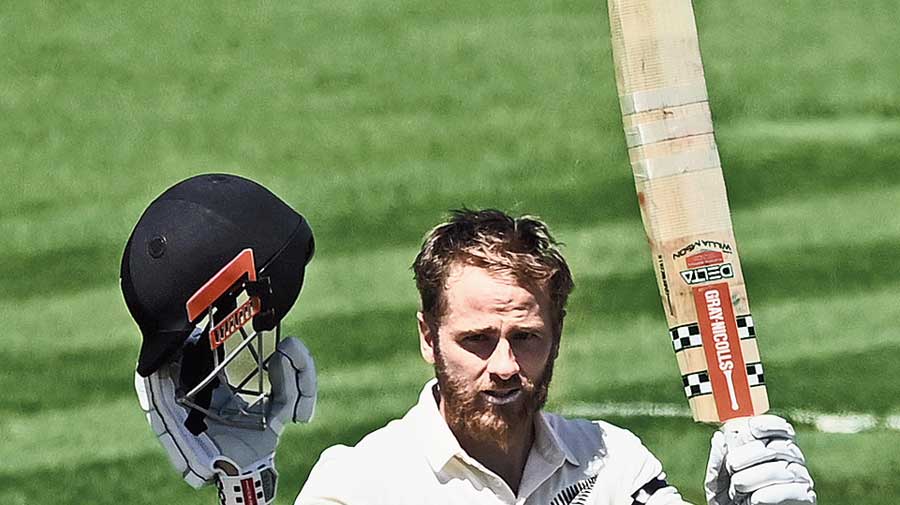 Kane Williamson showed few signs he has not played a Test since March as the New Zealand captain posted a career-best 251 on the second day of the opening Test against West Indies in Hamilton on Friday.

Williamson’s 22nd Test century, and third double hundred, made up almost half of New Zealand’s first innings total of 519/7 declared before the visitors reached 49 without loss in reply.

Williamson’s innings came to an end 14 runs before his declaration but he courteously waited for Kyle Jamieson to complete his maiden half-century before calling his batsmen in, with around 26 overs left in the day.

Most of the day was a process of ticking off milestones for Williamson who steadily built his innings and played New Zealand into a more dominant position than they could have hoped when they lost the toss on Thursday and were sent in.

“Certainly, West Indies’ bowlers kept coming back and bowling heavy into the surface and making life really difficult. We couldn’t get much momentum with the bat, but we managed to fight our way through some of those tough periods, which was really pleasing. I suppose when you look at the gap between Test cricket that we’ve had, that’s a nice thing,” Williamson said.

The “gap” Williamson spoke about was as long as nine months. New Zealand’s last Test, against India in Christchurch, had ended on March 2 before Covid-19 applied brakes on the game. It was also a shift from T20s to Test cricket for Williamson, who represented Sunrisers Hyderabad in this season’s IPL.

Williamson’s innings once more underlined the fact that for a class batsman, overcoming long breaks or shifting formats is never really a big issue.

The Caribbean bowlers were much more disciplined and effective on Friday than on the opening day, keeping a fuller length and attacking off stump, but the New Zealand captain remained impregnable and grew his own score and his team’s.

“For me, it was just trying to stick to my plans for long periods of time and hope that when you get good balls, you might miss them or they might perhaps go down rather than to the slips.

“I think that was sort of the large part of that (innings) and towards the end of my innings, (I was) playing and missing a little bit. There was a little bit (of movement) there, but the surface was certainly getting a bit better (to bat on). But I was just trying to stay disciplined and stick to my plan for as long as I could,” Williamson said.