Kaif bats for Dhawan to open in T20 World Cup 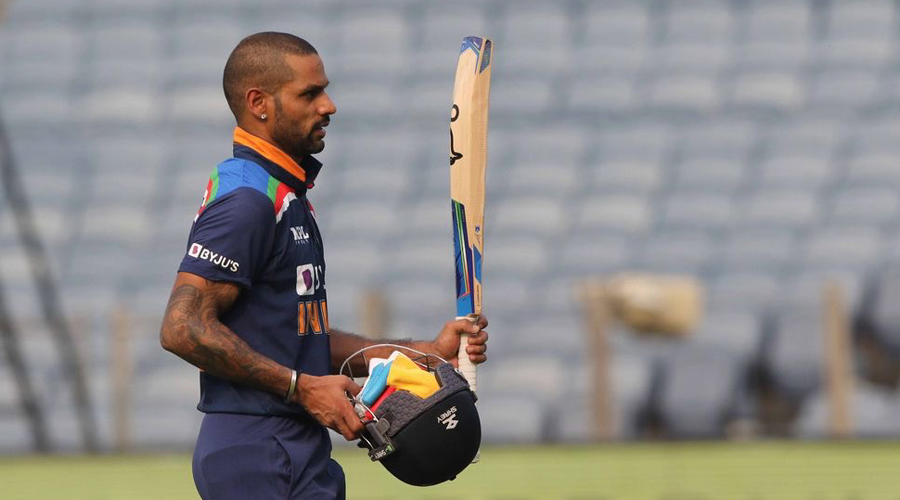 Few have complained about Shikhar Dhawan’s recent form in white-ball cricket as the left-handed batsman has come up with useful contributions in both the IPL this year (till it got suspended) and the England ODIs prior to that. But Dhawan isn’t an automatic choice in India’s T20I squad, especially after captain Virat Kohli expressed his wish to open alongside Rohit Sharma.

KL Rahul is the other option for the opener’s slot.

However, Mohammed Kaif, an assistant coach with Delhi Capitals (DC), has seen Dhawan from close and remains optimistic about his inclusion in the T20 World Cup squad.

“Shikhar has been playing fantastically well for two years for DC with back-to-back centuries in last year’s IPL.

“He has been getting runs at a strike rate of 140-145. I believe he has a great role to play for the Indian team and even in the T20 World Cup, he could play a crucial role. So the team management should look after him well,” Kaif, also one of the panellists for Sony for the India-Sri Lanka series, which begins with the first ODI on Sunday in Colombo, said on Wednesday.

“I’m very sure he’s aware of the situation,” Kaif added.

“Captaincy becomes easier once you know the players and it’s easier to lead a young side,” the former India middle-order batsman said.

“Almost all of them play in the IPL and after the matches, they all sit together and have a nice time. Shikhar is also a jolly guy and will have a good time with them. Besides, (head coach) Rahul Dravid is there to help him out.”

“He should not look to play just T20 cricket and the T20 World Cup because he’s a class player and should look at a Test comeback. Other openers aren’t set. We’ve seen Mayank (Agarwal) play, (Shubman) Gill is injured and so could be ruled out, (Prithvi) Shaw too got a chance.

“So Shikhar is not out of the race yet. If he talks to Rahul and works on his technique, I still see a bright future for him,” Kaif said.