Stunned by France 5-4 in their tournament opener, the Indians roared back into the tournament 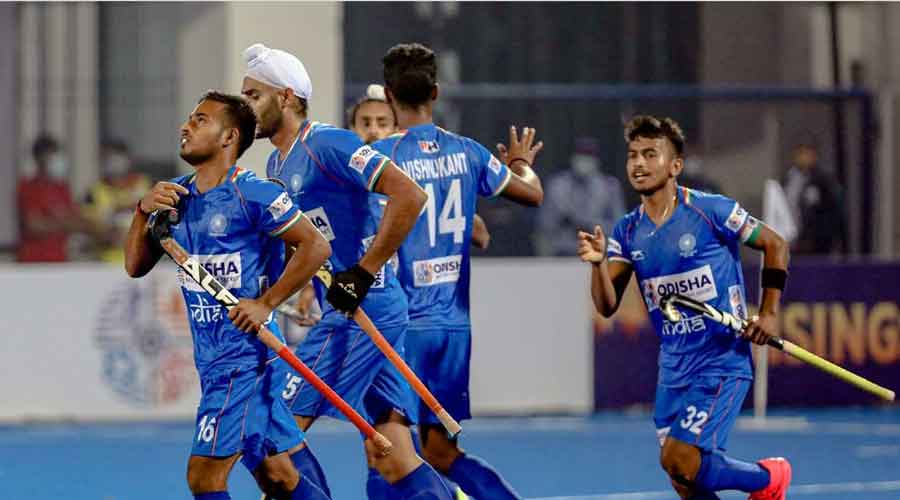 Indians enjoyed the early share of possession and put pressure on the Canadian goal
Twitter
PTI   |   Published 26.11.21, 02:30 AM

Vice-captain Sanjay scored a second consecutive hat-trick while Araijeet Singh Hundal too found the net thrice as defending champions India bounced back strongly to demolish Canada 13-1 in their second Pool B match of the FIH Men’s Junior Hockey World Cup here on Thursday.

France are leading Pool B with two wins from as many games, after beating Poland 7-1 on Thursday, while India are placed second.

Shocked by France on Wednesday, the Indians enjoyed the early share of possession and put pressure on the Canadian goal.