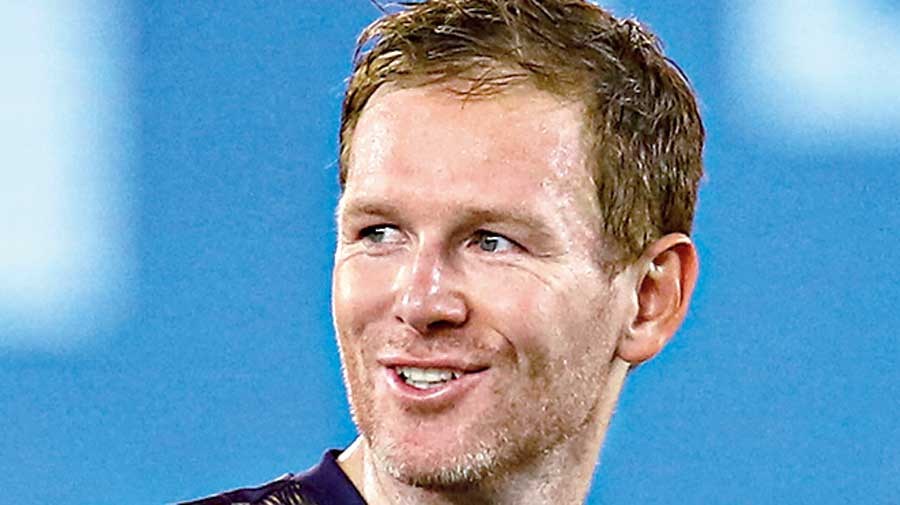 Quite a few overseas players have left but the IPL is yet to be interrupted even as the situation in the country has worsened due to the pandemic.

Kolkata Knight Riders captain Eoin Morgan felt that the IPL would be able to continue in spite of the situation, emphasising the “template” Premier League and Bundesliga have set on how sports can happen even amid lockdown.

Talking to reporters during a virtual conference late on Monday after  KKR beat Punjab Kings in Ahmedabad, Morgan said: “Certainly in the UK last year we went through severe lockdown for prolonged periods of time and it looked as if cricket wasn’t going to be played for a long time.

“When we first came out of the lockdown, I remember the first sport being shown on television was probably in New Zealand and Australia. It was the Rugby Union’s league and then slowly the Bundesliga started and then the Premier League too began.

“And that showed that you can play while the country is almost in full lockdown. So certainly, there’s a template to make that happen, and it has happened. But also, as long as it doesn’t disturb what’s happening in the public eye.”

Morgan naturally feels for those suffering because of the tough times in the country. The battle has to be fought together “no matter where in the world you are”, was his message.

“We’re constantly talking about this situation that’s unfolding outside of our bubble. It’s not nice, to be honest, watching from afar, certainly considering how lucky we are to be in a bubble and not be affected by it very much.

“But we obviously lend our support and heartfelt attitude to everybody who’s ill. The level of understanding is that we fight this together, no matter where in the world you are, and so things like social distancing, going out wearing masks and just generally trying to stay as safe as you can are very important messages to portray,” he stressed.

Morgan and the rest in KKR seem to be having no apprehensions whatsoever about the IPL bio-bubble. “The protocol and the safety features that have been built into the bio-secure bubble are unprecedented and it couldn’t have been any better. Everyone is being properly taken care of,” KKR CEO Venky Mysore was quoted as saying by kkr.in.