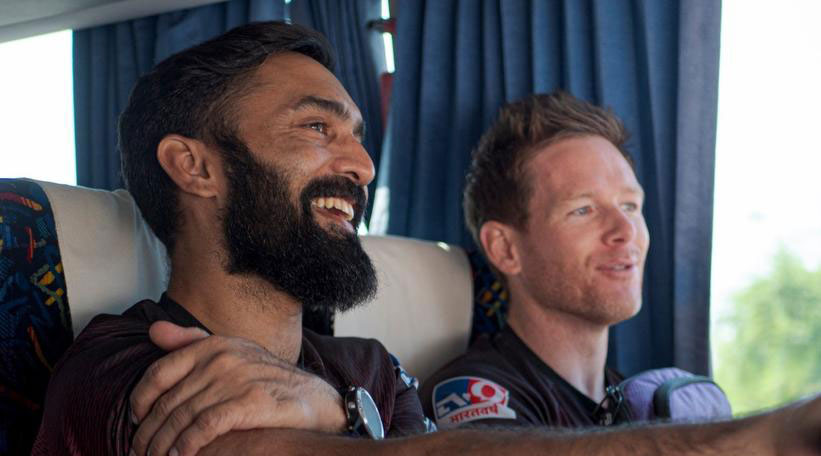 Eoin Morgan’s first match at the helm was nightmarish as it ended in an eight-wicket thrashing at the hands of Mumbai Indians.
Picture courtesy: kkr.in
Our Bureau, Agencies   |   Calcutta, Abu Dhabi   |   Published 18.10.20, 02:22 AM

Kolkata Knight Riders thought leadership was an issue, they addressed it with a change of captain midway into the season, and on Sunday, when they face Sunrisers Hyderabad, the world will find out if they were correct in diagnosing the defect in their set-up.

New captain Eoin Morgan’s first match at the helm was nightmarish as it ended in an eight-wicket thrashing at the hands of Mumbai Indians. True, it was his first game as captain, but if the Knights falter again on Sunday, it would possibly mean that the fault lies somewhere deeper.

Apparently, it looks to be the batting department which is their weak link this season. From the failure of some of the big guns to not having proper replacements to a jumbled up batting order, the holes are too many.

Dinesh Karthik and Andre Russell have been terribly out of form — the former has just one half-century this season. Karthik, without the burden of captaincy, would hope to turn it around.

Russell’s problem is bigger. It seems that bowlers have got a measure of the Caribbean superstar, tying him up with the right deliveries.

It all comes down to Shubman Gill and Morgan to do all the scoring, with bits-and-pieces contributions from some of the others. In a fiercely contested tournament, that does not work.

KKR bowlers did well to fashion narrow victories against Punjab and CSK, but leaked runs against RCB and MI. To add to their woes, star spinner Sunil Narine has been reported for suspect bowling action and he has missed two matches since then.

To Morgan’s comfort, if it can be said that way, Sunrisers too are struggling. With injuries ruling out pace spearhead Bhuvneshwar Kumar and all-rounder Mitchell Marsh, the Orange Army look confused whether to strengthen their batting or their bowling unit, a fact that skipper David Warner conceded.

They heavily rely on  the top four comprising Jonny Bairstow, Warner, Manish Pandey and Kane Williamson. And if Rashid Khan has an off day with the ball, the Sunrisers struggle.