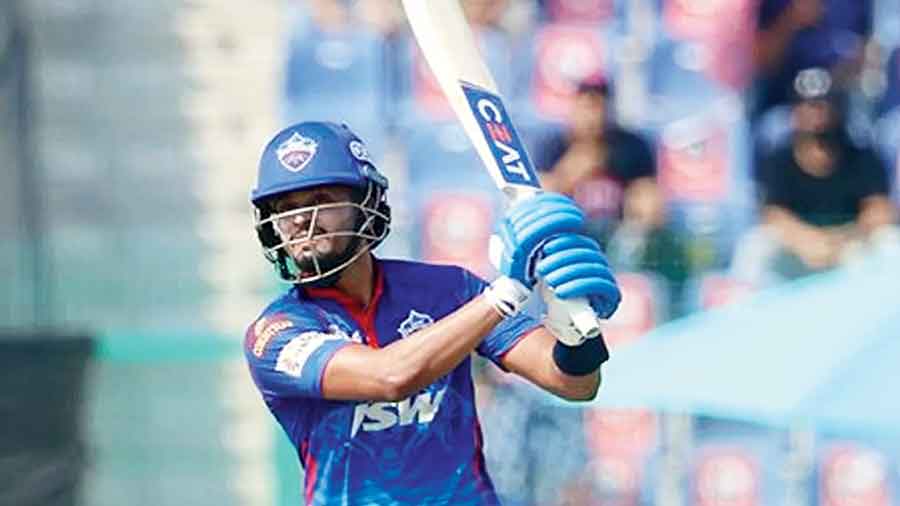 Good, disciplined bowling can be the recipe to win even a T20, not just Tests. That’s what Delhi Capitals proved again in this IPL.

The Capitals could only manage 154/6 after being put in to bat, but making fine use of the Zayed Cricket Stadium track in Abu Dhabi, which only got slower as the game progressed, they restricted Rajasthan Royals to 121/6 to register a comprehensive 33-run victory on Saturday.

Thanks to their second win on the trot since the tournament’s resumption, the Capitals are back on top of the table with 16 points from 10 matches and on the verge of qualifying for the playoffs.

Their bowling was so good that in spite of the absence of all-rounder Marcus Stoinis, who sustained a hamstring injury in the Sunrisers Hyderabad game, they had few problems in logging full points. And they did so playing with just three overseas players (Shimron Hetmyer, Kagiso Rabada and Anrich Nortje), which isn’t quite a regular feature in the tournament. 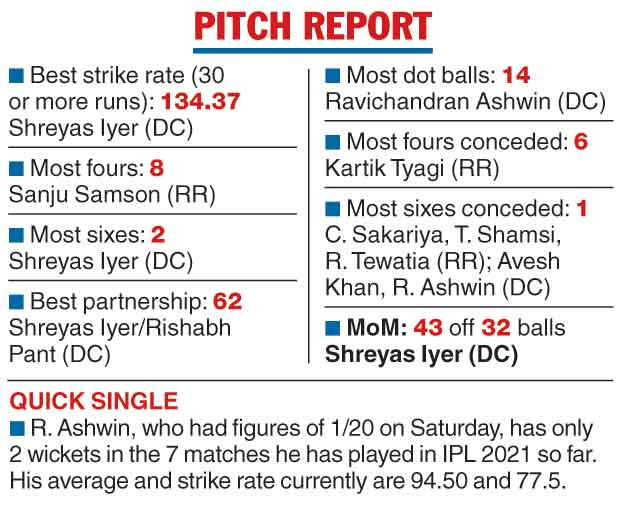 The Royals lost the plot inside the Powerplay overs when they were reduced to 17/3 in the fifth over of their chase. Besides, they badly missed the services of the in-form Evin Lewis at the top. The West Indies opener is nursing a niggle and so was rested. Hardly any of the Royals batsmen could deliver with captain Sanju Samson (70 not out) waging a lone battle.

Nortje (2/18) again had the best figures among the Capitals bowlers, while Ravichandran Ashwin, Rabada and Axar Patel finished with economy rates below seven, striking once each. Ashwin took the prized scalp of the experienced David Miller.

For the second time in as many matches, former captain Shreyas Iyer gave another example of how fast he is growing in terms of maturity. The Capitals were in a spot of bother early on when Kartik Tyagi, Royals’ hero in their dramatic win over Punjab Kings, and Chetan Sakariya removed Shikhar Dhawan and Prithvi Shaw, respectively. 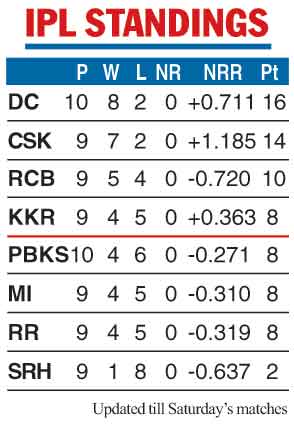 But Shreyas (43) and skipper Rishabh Pant added 62 crucial runs for the third wicket that laid some sort of a platform for the Capitals. Shreyas adjusted his game perfectly according to the conditions, focusing primarily on rotating the strike and taking calculated risks.

Trying to force the tempo, he missed out on what would have been a deserving half-century.

The Royals were fined for their slow over rate during the game. As it was their second offence of the season, skipper Samson was fined Rs 24 lakh. The rest in the XI were each fined the lesser of either Rs 6 lakh or 25 per cent of their individual match fee.