Both are teammates at RCB, but they will be in opposite camps as India and New Zealand face each other in the WTC final, scheduled to be played from June 18 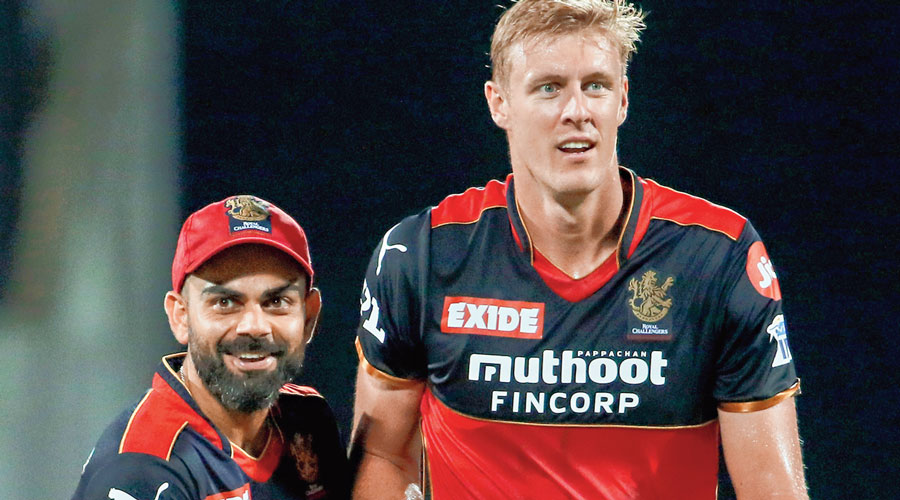 Kohli and Jamieson are teammates at Royal Challengers Bangalore in the ongoing IPL, but they will be in opposite camps as India and New Zealand face each other in the World Test Championship (WTC) final, scheduled to be played in Southampton from June 18.

According to Royal Challengers all-rounder Dan Christian, Kohli’s effort to get some practice against Jamieson at the IPL nets has not succeeded as the tall New Zealander has cleverly sidestepped the trick.

“Pretty cagey from Virat actually, right in the first week we were here. The three of us were sitting down after the nets and these two were talking about Test cricket. Virat said: ‘So Jamie (Jamieson) have you bowled much with the Dukes ball?’ and they are talking about that stuff.

“Jamie says: ‘Yeah, I have a couple of them here, I will have a bowl leading in before I go over there’ and Virat says ‘Oh, if you want to have a bowl against me in the nets, I am more than happy to face’.

“Jamie was like, ‘No chance I am going to bowl at you!’ He would have looked at his release point and everything that he does with the Dukes ball! (chuckles),” Australian Christian said on The Grade Cricketer’s YouTube channel.

The Dukes ball assumes importance as it is likely to be used in WTC final. The Dukes ball has a pronounced seam and the conditions in England — overcast mostly with green tops — help the ball retain the seam and shape for a longer period. Hence, the Dukes ball swings more than the other balls. It is needless to say that New Zealand depend heavily on their seam attack.

Jamieson had troubled the Indian batsmen, including Kohli, when they toured New Zealand early last year and it was the main reason why the pacer attracted a huge bid at the IPL auction. He was recruited by the Royal Challengers for Rs 15 crore.