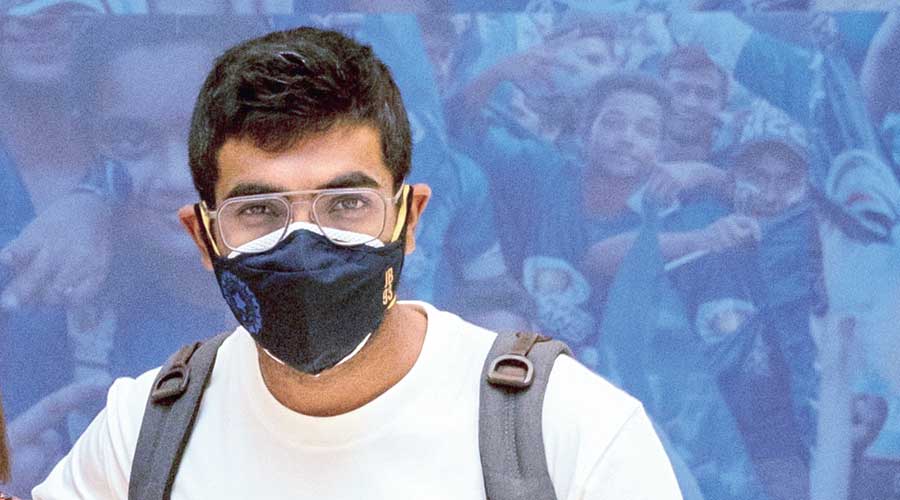 A day after the final Test of India’s tour or England in Manchester was cancelled because of Covid-19 fears, players from both teams flew in to the UAE to link up with their respective franchises.

Mumbai Indians’ Rohit Sharma, Jasprit Bumrah and Suryakumar Yadav reached Abu Dhabi in a chartered aircraft on Saturday morning. Royal Challengers Bangalore were also scheduled to do the same for Virat Kohli and Mohammed Siraj after the franchises decided to bring their players to the UAE earlier than scheduled.

“The trio (Rohit, Bumrah and Suryakumar), along with their families, arrived today (Saturday) morning and will now undergo 6 days hard quarantine, starting today as per the IPL’s guidelines,” Mumbai Indians said in a statement. “All members had returned negative RT-PCR results before departure. A new RT-PCR test was undertaken upon arrival at Abu Dhabi, which is negative as well.”

A similar statement from the Royal Challengers said that Kohli and Siraj would be flying separately from the others since maintaining “safety and security of our players” was “the utmost priority”.

The rest of the players from both India and England are expected to take commercial flights to the UAE. All players have to undergo a six-day quarantine before joining the bio-bubble of their respective teams.

According to the earlier plan, the players were supposed to join their IPL teams on September 15, the day after the scheduled close of the final Test.

Jonny Bairstow, Chris Woakes and Dawid Malan have joined Jos Buttler in pulling out of the remainder of the IPL. Jofra Archer and Ben Stokes had pulled out earlier. Bubble fatigue and the forthcoming Ashes has been cited as the reason for their withdrawal.

Malan will be replaced at Punjab Kings by Aiden Markram.

There is uncertainty surrounding the England players travelling to Australia. While there has been talk of allowing them and their families to serve a relatively soft quarantine in a hotel with a golf course nearby, there are no guarantees.