IPL 2021: Kuldeep Yadav back from UAE after knee injury, may miss domestic season 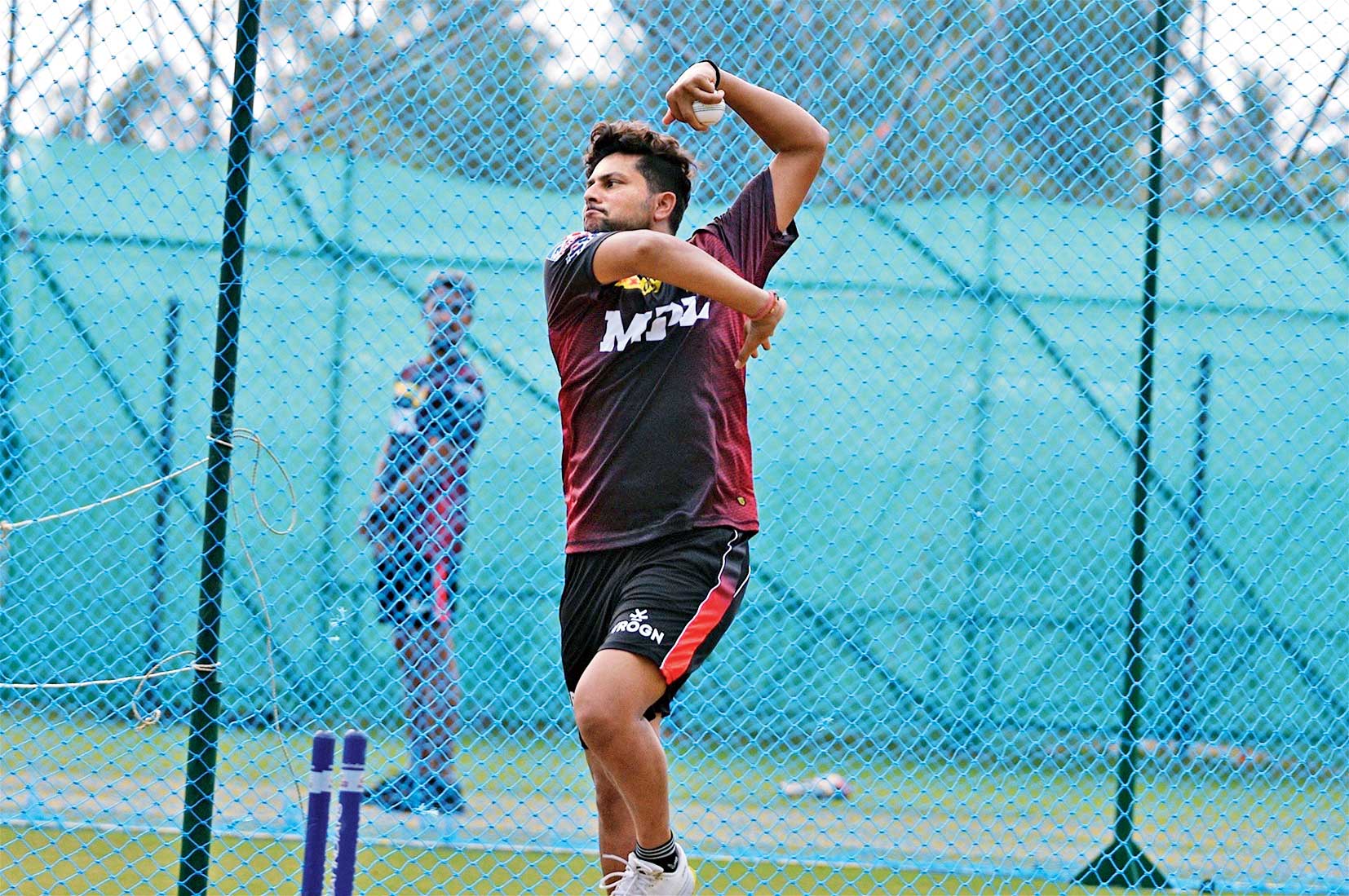 Left-arm wrist spinner Kuldeep Yadav has sustained a serious knee injury and is likely to miss most of the domestic season, having already come back to India with his IPL campaign in the UAE cut short.

The out-of-favour India international who was with Kolkata Knight Riders is expected to go through a long rehabilitation process before attempting a comeback to competitive cricket.

"Yes, we got the information that Kuldeep sustained a nasty knee injury during a practice session in UAE. Apparently while fielding, he twisted his knee and it was really bad at that point.

"There was no chance that he could have taken any further part and was sent back to India," a senior BCCI official tracking developments of IPL teams told PTI on condition of anonymity.

It has been learnt that very recently, Kuldeep has undergone a surgery in Mumbai and it could take between four to six months before he can make a comeback.

"Knee injuries are generally bad. It's a very long process from starting to walk and then getting strength back through intense physiotherapy sessions at the NCA, followed by light intensity training and finally starting with net sessions.

"It can't be said with certainty that Kuldeep will be match ready by the time Ranji Trophy ends," another IPL source privy to the developments said.

On Twitter, Kuldeep has posted a picture of him with KKR head coach Brendon McCullum, who is celebrating his birthday on Monday.

"That's obviously an old photograph. Kuldeep has come back in India. If I am not wrong, he is already done with his surgery," the source said.

It must be mentioned that Kuldeep has had a rough ride in the past two years, after a five-wicket haul in Sydney, when head coach Ravi Shastri had termed him as India's No. 1 spinner in overseas conditions.

Things changed drastically since the 2019 IPL when Kuldeep had a slump in form and since then his career went southwards as the Indian team management lost faith in his abilities even on rank turners, where classical left-arm orthodox Shahbaz Nadeem was picked from the stand-by, but Kuldeep, who was in main squad, didn't get a chance.

He last played for India in Sri Lanka but it was more of a middling performance with best figures of 2/48 in an ODI game and 2/30 in a T20 International. He played two more games during that tour -- an ODI and a T20I -- in which he went wicket-less.