IPL 2021: McCullum urges Knights to replicate the efforts of Tripathi

Rahul stood out with his fielding, taking a stunner early on to force the departure of RCB skipper Virat Kohli and thereafter effected many other saves at the deep 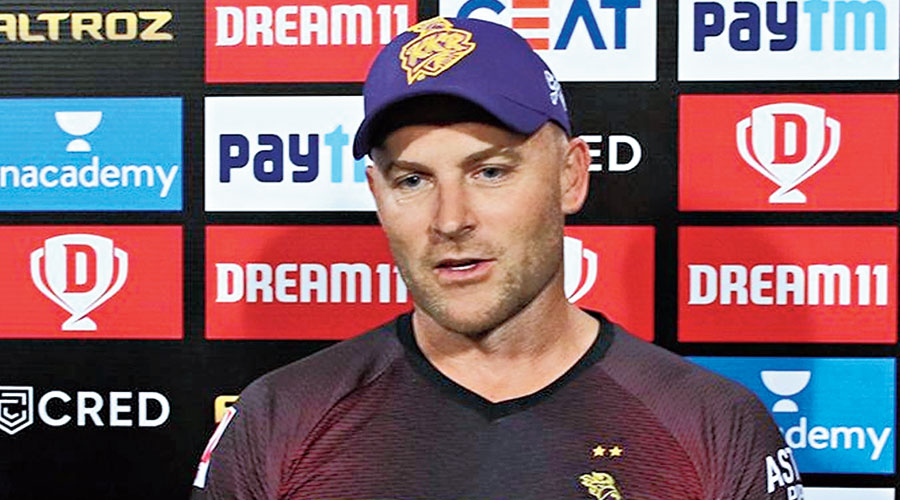 Head Coach Brendon McCullum urged his Knights to replicate the efforts of Rahul Tripathi, who was a livewire on the field during Sunday’s game versus Royal Challengers Bangalore in Chennai.

Even though Knight Riders lost the game, Tripathi stood out with his fielding, taking a stunner early on to force the departure of RCB skipper Virat Kohli and thereafter effected many other saves at the deep. That super catch Tripathi took running backwards also won him the Perfect Catch of the Match award.

“Rahul Tripathi on the field was a massive positive, and read into this what you wish, but if we have 11 Rahul Tripathi attitudes and fielding abilities or commitment out there, we will certainly challenge a lot of teams a lot of time,” McCullum, effusive in his praise for Tripathi, was quoted as saying by kkr.in.

KKR face an upbeat Chennai Super Kings in Mumbai on Wednesday. It will definitely be a tough game for Eoin Morgan and Co., but if they keep fielding well and string together a couple more partnerships, they can certainly have their way. “I thought our batting approach was really good. Just that we were chasing a few too many runs,” McCullum said.

“We played the game that could have got us across the line with another couple of more partnerships or if a few other things had gone well.”