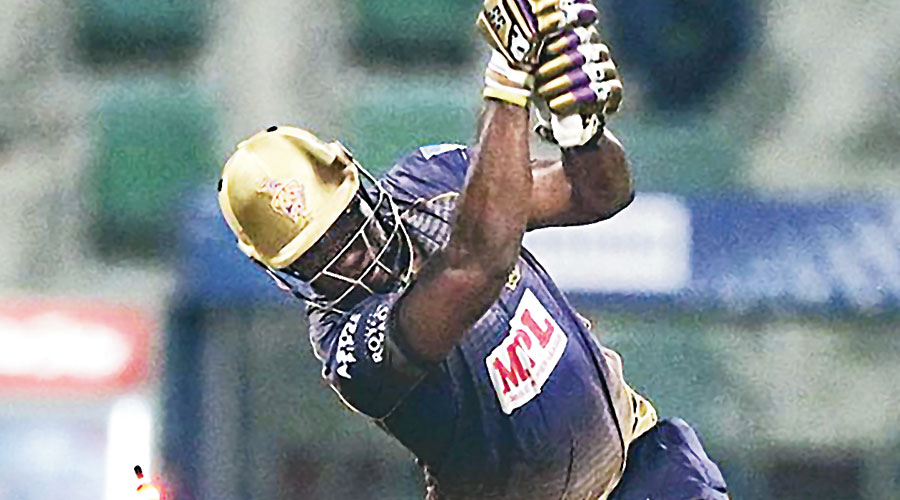 Andre Russell’s batting position had been the topic of debate in the lead-up to this IPL. So much so that Kolkata Knight Riders’ head coach Brendon McCullum had gone on record saying that they would have to strategically consider pushing the all-rounder up in the batting order in some of the matches.

Yet on Wednesday, during their opener against Mumbai Indians in Abu Dhabi, the KKR think-tank decided to send Russell in at No. 6 when faced with a target of 196.

McCullum’s use of resources while formulating the batting order did hamper their chase to a certain extent. When the need of the hour was big-hitters at the start to set the tempo, they ended up sending the captain Dinesh Karthik and Nitish Rana at No. 3 and No. 4, respectively.

The explosive Eoin Morgan and Russell followed and by the time the pair joined hands in the 12th over, the asking rate was close to 15 an over.

KKR seemed not to have learnt from their mistakes in 2019 when similar instances of not giving Russell enough overs in hand during a big run-chase cost them a few matches. The Jamaican with 510 runs off only 249 deliveries was not only their highest run-scorer last season but also had the tournament’s best strike-rate of 204.81.

“When you’re chasing a big target, then your big-hitters should come up the order,” batting legend Sunil Gavaskar said during a TV show. “We saw this even in the Chennai Super Kings’ chase against Rajasthan Royals — after Sam Curran, MS Dhoni should have come in. Likewise, if Andre Russell came in at No. 4 and Eoin Morgan at No. 5, then it would have made a difference.”

When Russell walked in, KKR needed 120 off 50 balls. But by then Mumbai Indians’ pace trio of Jasprit Bumrah, Trent Boult and James Pattinson had a firm grip on the match and effectively shut KKR’s case.

It’s not that Russell has lost his touch. He scored 222 in eight innings at a strike rate of 141.40 for Jamaica Tallawahs in the recently concluded Caribbean Premier League.

For someone as aggressive as McCullum, such strategy seemed inexplicable. The decision to send Rana at No.4 also didn’t work since the conditions demanded someone with abilities to clear a big ground as in Abu Dhabi or Dubai. Had it been Sharjah, Rana wouldn’t have been dismissed caught near the ropes by Hardik Pandya since the smaller boundaries would have come to his rescue.

Such intricate planning of strategy should be the focus of the backroom staff and given the nature of the fast-paced game would depend on the match situation. Alarmingly, KKR’s chase never took off against Rohit Sharma’s men.

Karthik tried to stay clear of talk surrounding the batting order at the post-match media conference. “It all depends on the game and what score we are chasing. The advantage with our batting is we are very fluid,” the KKR captain said.